Figure 4 . Schematics of one cycle of fluorocarbon-based atomic layer etching (ALE) comprising a modification step and a removal step.(DOI: https://aip.scitation.org/doi/10.1063/5.0047811)

ICP is a promising plasma source for ALE because it has a low plasma potential and electron temperature. In addition, radio frequency (RF) capacitive bias can be applied to the electrode. This RF biased ICP allows independent control of the plasma density and ion energy, enabling plasma control during the modification and removal steps independently. The combination of ICP and bias can be used as an ALE cycle recipe with continuous or pulsed control and various possible cycle recipes for ALE using biased ICP are shown in figure below. 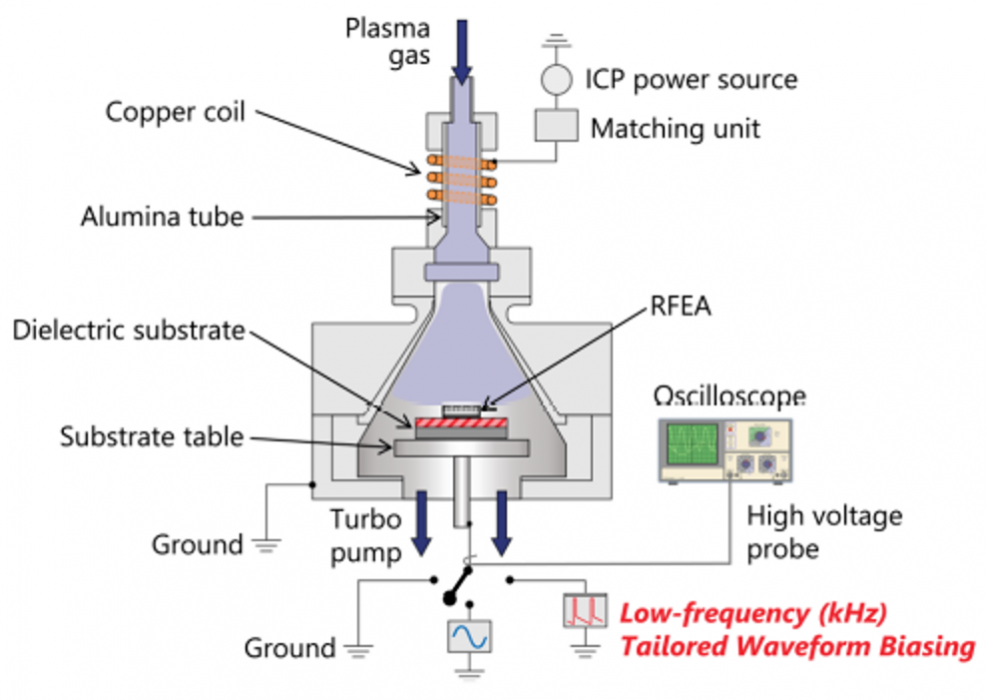 Overall, plasma etching is an important tool for product development and therefore, it is important to learn about the suitability of plasma in any fabrication process. Impedans sensors can help best, check the attached application notes.