It is the simplest configuration of a plasma reactor consisting of two electrodes situated inside a vacuum vessel. Plasma is created by applying DC voltage to the gas filled gap between the electrodes. A large dc current flows between the electrodes hence these plasmas are also referred as DC discharges. The dc current is consisting of free electrons and ions within plasma as well as by electrons emitted from the cathode. In particular, the electrons, due to their low mass, can be easily accelerated to high energies sufficient to excite and ionize neutral atoms or molecules. Thus, the electrons have much higher temperature than the heavy particles (ions, atoms, and molecules). 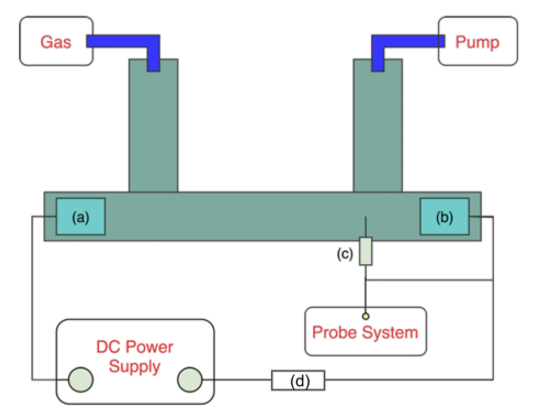 Figure 2. The photograph shows the relative position of the electrode and the probe (corresponding schematic shown in figure 1 above). (DOI: https://aip.scitation.org/doi/10.1063/5.0043266)

DC discharges are operated at high pressures (few hundred mTorr to atmospheric pressure). At high pressure, many collisions occur between various plasma species which results in more equal temperatures among them. Typical temperature in these plasmas is of the order of 0.5 eV to 2 eV with density span of 108-1010 cm-3. The temperature and density parameter in dc plasma depends upon the (i) pressure of the working gas, (ii) gap between the electrodes, (ii) the nature of the working gas, (iv) the applied voltage, and (v) the geometry of the discharge. DC plasma found many applications such as being a source of illumination, as gas lasers, an electron source for Hall thrusters, a pixel in a plasma display panel, and as a sputter deposition tool.