The energy and flux of bombarding ions play a vital role in the etching and deposition of layers on the substrate surface. Asymmetric radio-frequency (RF) capacitively coupled plasma (CCP) reactors are commonly used for plasma etching. Monitoring of the flux and energy of ions arriving at the substrate in these reactors is essential for process optimization and the control of films’ microstructure. This study used a commercial retarding field energy analyzer (RFEA), the Semion System from Impedans Ltd, to measure the ion energy distribution functions (IEDFs) of impacting ions at the powered electrode in a 13.56 MHz driven, capacitively coupled, parallel plate discharge operated at low pressure.

Figure 1a: CCP Reactor with RFEA and Langmuir Probe 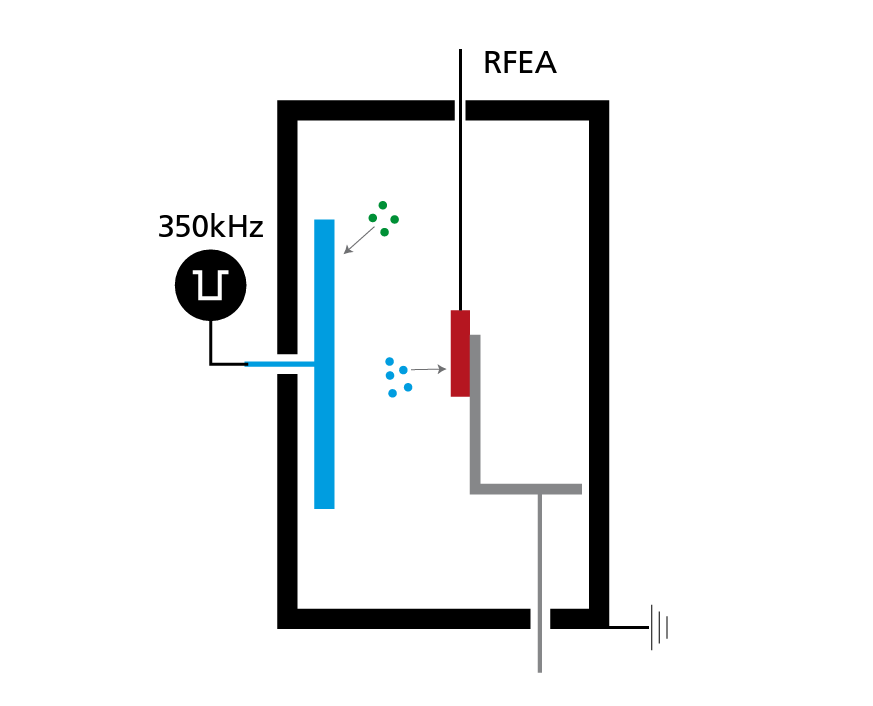 Figure 1b: Magnetron Sputtering Reactor showing pulsed biased target and location of RFEA. Argon ions (green) from the discharge sputter the titanium ions (blue) from the target which in turn become deposited on the substrate.

Radio-frequency compensated Langmuir probe measurements were compared with the data from the RFEA. The time-resolved capability of the RFEA was also shown in a separate pulsed DC magnetron reactor. The analyzer is put on the floating substrate holder, and ion energy distributions of the impinging ions on a growing film, with 100 ns time resolution, are measured through a pulse period of applied magnetron power.

Figure 2a: Schematic of RFEA construction 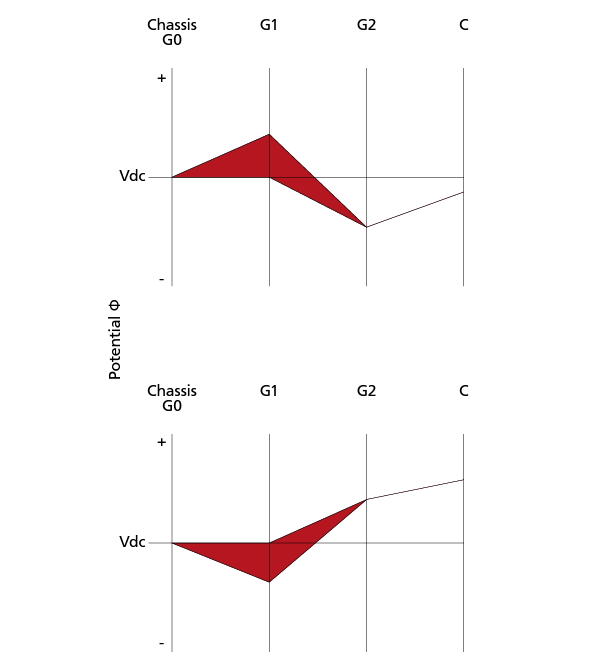 The Semion System RFEA used in this study, incorporates a novel filter design that enables 100 ns time resolution. The capabilities of this design were demonstrated in a pulsed magnetron discharge. The 100 ns time steps clearly show the transitions between phases of the bias waveforms through the ion energy distribution measurements.