The Study
Pulsed inductively coupled plasmas (ICPs) have recently attracted considerable interest in the field of integrated circuit fabrication. This is because pulsing provides more flexibility for tuning an etch process by bringing in new reactor control parameters: the pulsing frequency, the duty cycle of the pulses, and the phase between the ICP pulses and the bias pulses.

Recent experiments have shown that the duty cycle has a strong influence on plasma chemistry. In this study, the authors look at the impact of the duty cycle on the time variations of the ion flux and on the time-averaged ion distribution function measured at the wafer surface in an ICP processing chamber subject to pulse modulation of source excitation and bias at 1 kHz, in several plasma chemistries.

Method
All experiments carried out in an industrial plasma-etching reactor designed to etch 300mm wafers and modified to host plasma and surface diagnostics. Both the ICP power and the RF bias power can be pulsed independently; In the experiments for this study, the system operates in synchronous pulsed mode, for instance, the ICP and bias power supplies are pulsed in phase and at constant peak power. The ion distributions are measured by the Semion retarding field analyzer. The setup is illustrated below: 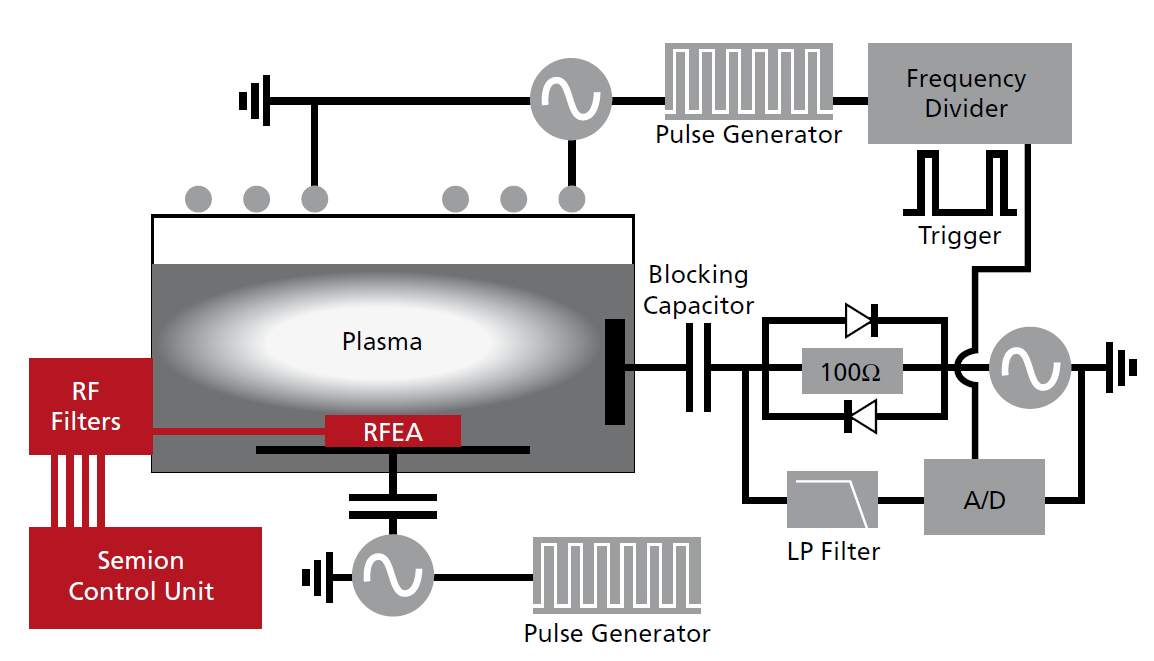 Figure 1: Schematic of the experimental setup showing the ICP chamber, the Semion RFA deployed on a 300mm wafer and the ion ﬂux probe.

Results and Findings
The ion flux and IVDF are measured in synchronously pulsed ICP plasma operating in rare gas (Ar or He) and reactive SiCl4/Cl2 plasmas. Considerable differences are observed between these two cases.

In the case of rare gas plasmas, the ion flux increases quickly after the start of the RF pulse and after about 50ms reaches the same steady state value as in continuous ICPs. Therefore, when the plasma is pulsed at 1kHz, the ion flux during the pulse has a value that is nearly independent of the duty cycle.

The consequence is that for a given RF chuck bias, the ion energy increases dramatically when the duty cycle is decreased in plasmas of reactive gases. This information is important to the development of pulsed plasma etching processes.