It is reported that 50 per cent of the failure in semiconductor production is due to dust particle contamination in plasma processes such as plasma etching. This study aimed to develop a method for measuring the density and charges of dust particles in a capacitive coupled cylinder discharge chamber in mixtures of gases SiH4 / C2 H4 / Ar. A Langmuir probe was employed to gain such parameters as electron density and ion density of the dusty plasma.

Dust particles were created in a capacitive coupled cylinder discharge chamber using the reactive mixed gases of silane and ethylene. A Langmuir probe with a probe tip of 10 mm in length and 0.19 mm in radius was used to diagnose the dusty plasma at the boundary of the dust cloud. The Langmuir probe measured such parameters as electron density, temperature and ion density of the dust plasma under various experimental conditions, for example, various gas pressures and RF powers.

Boyd and Reynolds negative ion theory was used to determine a correction factor for Ar ion density due to the presence of the negatively charged dust particles. Assuming only three dominant species, dust, electrons and positive ions the authors used plasma neutrality and the Langmuir Probe measured plasma density to establish the density of dust particles.

The charge on the dust was estimated from a simple orbital limited collection theory of charge collection on the dust using the Langmuir Probe measured electron density and temperature.

The densities and charges of dust particles were found to be dependent on the experimental conditions, RF power and gas pressure. 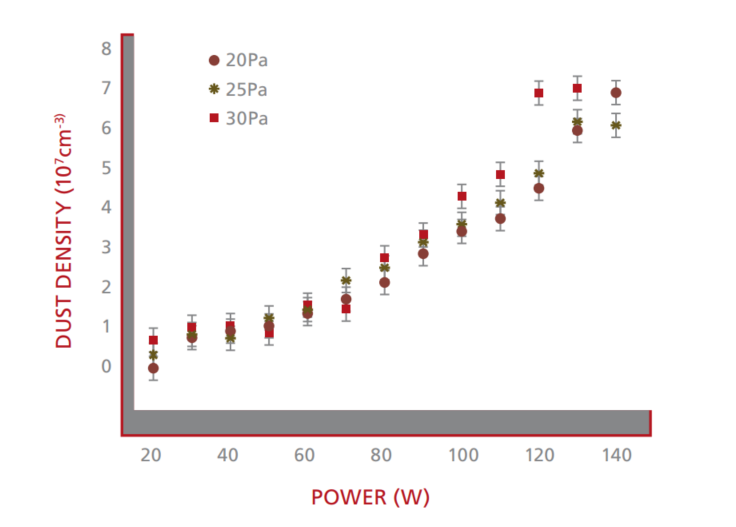 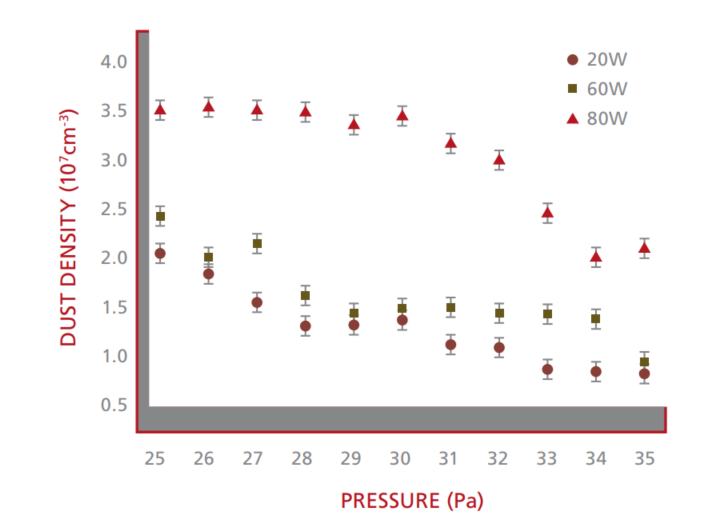 In some studies, the dust particles were measured by a laser light scattering technique. A comparison between some of these studies and this one seems to be consistent to some extent.

Uses of the Study:

The results of the study may be useful for improving the manufacturing technology in semiconductor production processes such as plasma-enhanced chemical vapor deposition and plasma etching, or other plasma techniques.