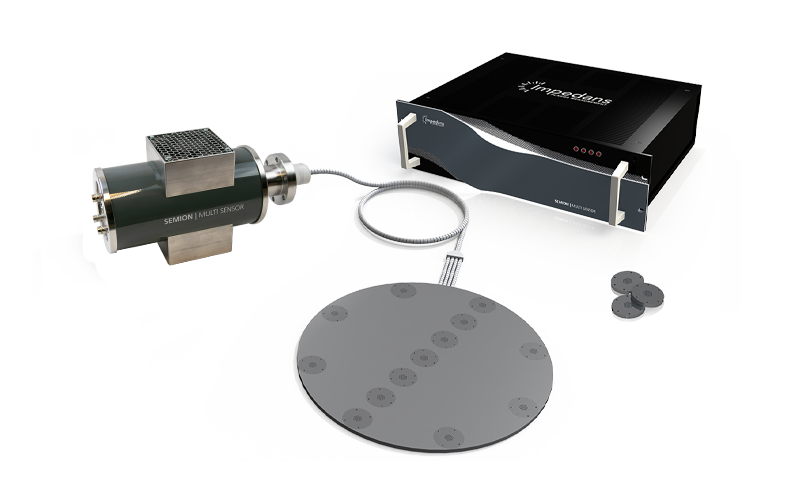 Direct measurement of the ion energy distribution (IED) and total ion flux can be performed with the Semion System using our advanced retarding field energy analyser (RFEA) technology. The RFEA is constructed from process-compatible materials, and the sensor’s miniature size allows it to be mounted on the substrate or any other surface inside the reactor. RFEAs have been used for decades to measure IEDs in plasma discharges with limited success. Most designs require mounting on a grounded surface to avoid complications with substrate biasing. Early designs were typically bulky, and differential pumping was required for the device to operate even at the low pressures encountered in many plasma processes. The Semion System incorporates a miniature design to avoid the need for differential pumping. Operating pressures of up to 300 mTorr can be achieved in Argon discharges. The Semion System also uses high impedance low-pass filters to allow the RFEA to float at the substrate bias potential. The system supports bias frequencies from 100 kHz to 80 MHz and bias potentials up to 1 kV peak-to-peak maximum. High-temperature cabling connects the RFEA to the external data acquisition unit through vacuum feedthrough, which is mounted at the reactor wall and enables the sensor to operate to 150 °C. Button probe sensing elements are easily replaceable, which is a convenient feature for the user, especially when operating in processes using aggressive etching chemistry sets.

Figure 2 shows a schematic of the Semion RFEA design. Ions enter the RFEA through an array of sampling apertures exposed to the plasma (only one aperture is depicted for simplicity). A grid G0, covers the internal side of the apertures and reduces the open area ‘seen’ by the plasma to a scale less than the Debye length to prevent plasma from entering the analyser. A second grid G1, in a plane parallel to G0, is biased with a negative potential relative to G0 to repel any electrons that may enter the device. A third grid G2, is biased with a positive potential sweep, creating a potential barrier for the positive ions. A fourth grid G3, creates a negative potential barrier that prevents electrons from escaping and ensures that they are also collected. A collector plate C, oriented in the same plane as the grids, collects the current of ions which cross the potential barrier set by G2. The data acquisition unit records the ion current at each potential applied to G2, and the graphical user interface displays the resultant current-voltage characteristic. The IED is also displayed – obtained by differentiation of the current-voltage characteristic. The potential configuration is depicted in figure 2.

The analyser (including G0, G1, G2, G3 and C), floats at the AC/RF component of the substrate bias potential. This is achieved by means of high impedance low-pass filters. These high impedance filters prevent disturbance of the applied bias signal and provide sufficient attenuation at the output to protect the measurement electronics. The RFEA chassis also floats at the DC bias component of the powered electrode potential. The required DC electric fields between adjacent grids are produced by setting the grid potentials relative to each other (not relative to the ground). The Semion feedthrough interface provides a filtered connection to the RFEA chassis to enable direct measurement of the acceptance angle of a sampling orifice is approximately 45º, allowing detection of ions arriving at the surface within this angle. The calculated IED is the energy distribution of the ions perpendicular to the electrode surface.

A typical Semion system installation is shown in figure 3. The RFEA was mounted at the biased substrate holder in a plasma etch reactor. The plasma is sustained by the 2.45 GHz source. The substrate holder is biased with 2 MHz RF power to control the energy of the ions impacting the substrate. The working gas was pure Argon at a pressure of 10 mTorr. IEDs were measured for a range of RF power levels applied to the substrate holder. 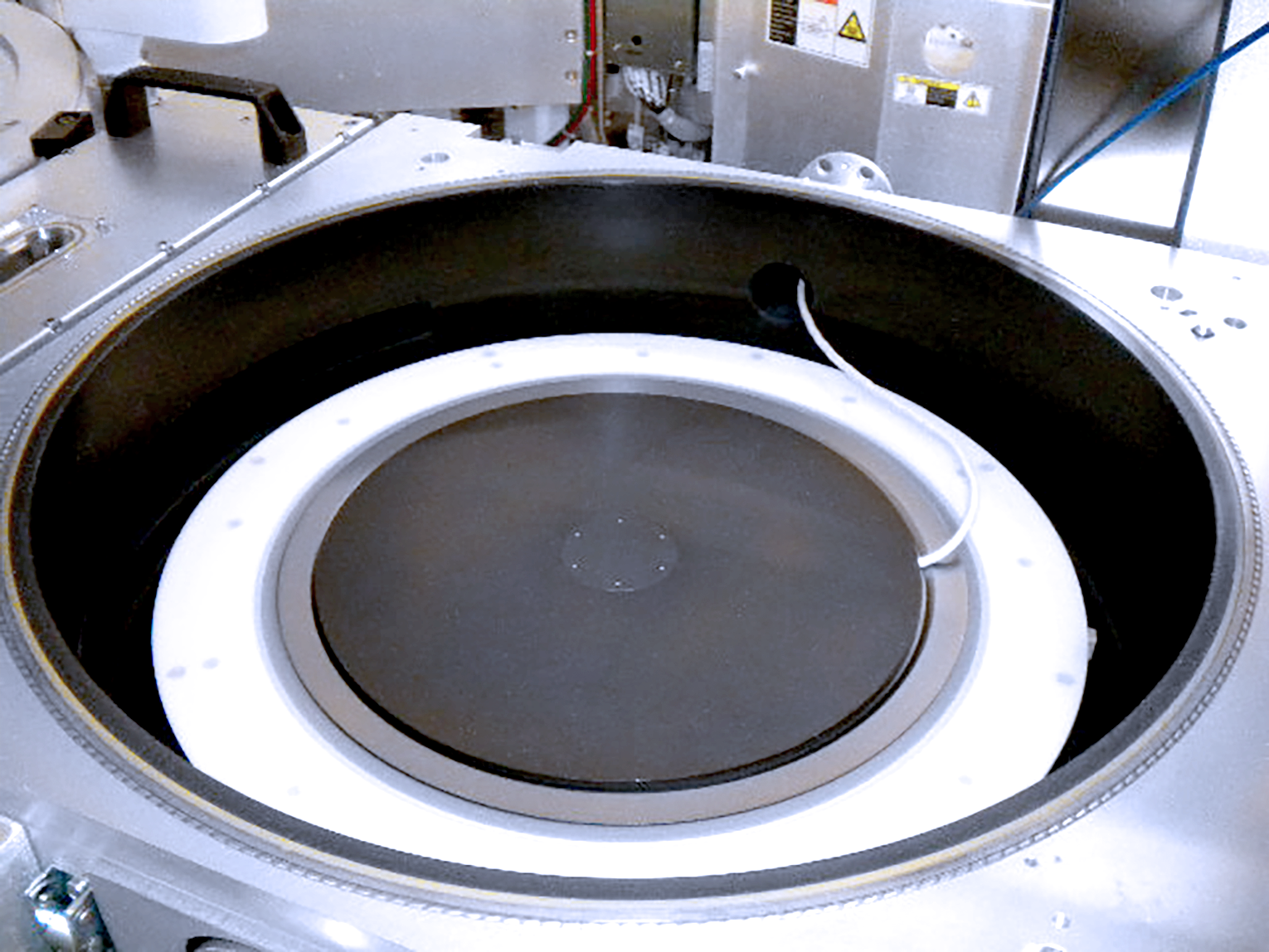 A typical current-voltage characteristic and IED are shown in figure 4. The RF power was set at 50 W, and the argon gas pressure was 10 mTorr. The bi-modal saddle-shaped IED structure associated with sinusoidal biasing is clearly visible.

Ion Energy at Different Power Levels
Adjusting the power levels in a process or experiment can have a major impact on the substrate. Figure 5(a) shows that an increase in power can intensify the number of ions hitting the surface, and the spread of energy is greatly increased.

Figure 5(a) Ion energy as a function of power

Ion Energy at Different Frequencies
The frequency used in plasma processes or plasma experiments can transform the effect the ion energy and ion flux has on the substrate. Figure 5(b) illustrates that as the frequency is increased, the spread of the distribution reduces and becomes more intense.

Figure 5(b) Ion energy as a function of frequency

Ion Energy at Different Pressure Levels
Pressure plays a major part in any plasma process or experiment. Figure 5(c) demonstrates that adjustments in the pressure range can have a significant effect on the ion energy distribution.

Figure 5 (c) Ion energy as a function of pressure

Ion Energy at Different Chemistries
Different chemistries have a major role to play in plasma processing and experiments. Not only does the chemistry interact with your substrate, but as figure 5(d) shows, it also has a major impact on the structure of the ion energy distribution.

Figure 5 (d) Ion energy as a function of chemistry