Plasma etching and filling of high aspect-ratio (AR) structures is becoming more difficult at each new semiconductor technology node for several reasons. Ion bombardment of the sidewalls of the feature (due to the angular distribution of ion energies) complicates etching profile control. Also, ion loss on the sidewall reduces ion flux to the bottom of the feature. Ions are directed to the substrate with an angular spread due to the ion thermal velocity at the sheath edge. The thermal velocity causes ions to have a velocity component parallel to the substrate surface while the sheath electric field accelerates the ion toward the substrate in the perpendicular direction. As a result, the ion arrives at the surface at off-normal incidence.

The transport of ions inside features can be affected by differential charging effects, which deflect ions to the sidewalls, as well as reduce their energy and flux. In insulators, ions generally accumulate at the bottom of the feature, while electrons accumulate at the top. This results in an electric field that bends the ion path towards the sidewalls, and in doing so, the ion flux and energy are reduced. This can lead to etch stop or ‘twisting’ of high AR features.

During plasma etching, it is challenging to measure ion energy and flux at the bottom of micro-scale or nano-scale features. 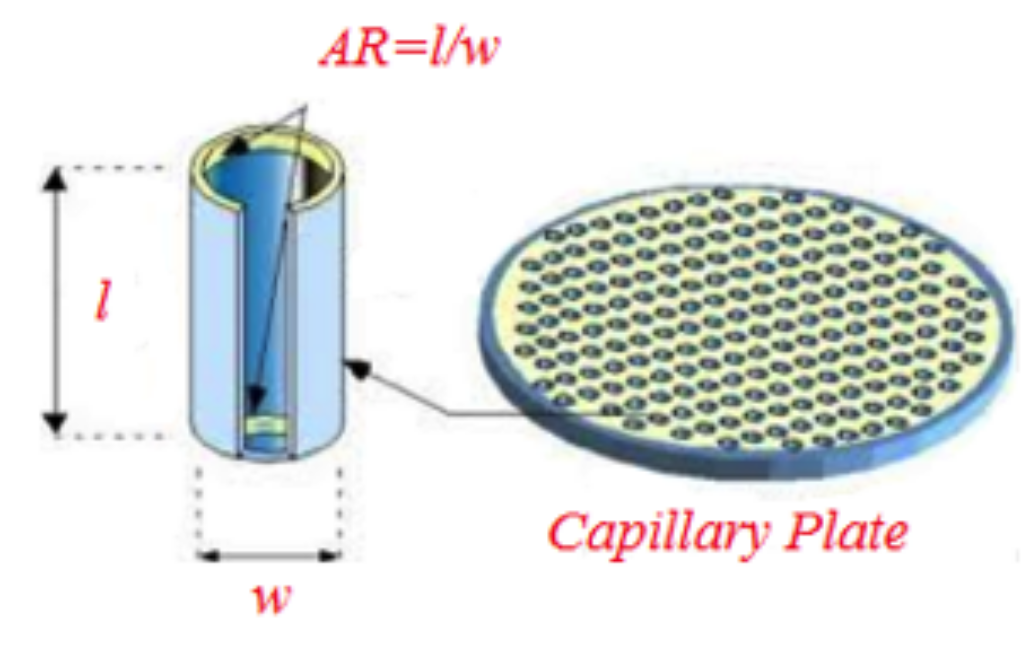 Kurihana and Sekine utilized a mass spectrometer, embedded in the powered electrode of a magnetron etcher. They placed a capillary plate with high AR holes in front of this spectrometer. They compared high AR hole transmittance with a simplified analytical model. A very high Ti (> 0.5 eV) was needed to fit the fluxes, the conclusion was that the charging effect played an important role in controlling ion energy and flux.

In a study carried out by Cunge et al, a theoretical model was developed to predict the ion loss to the wall of high aspect ratio features. To validate the model, an experiment was designed in which capillary plates (see figure 1), mounted in front of a retarding field energy analyser (RFEA) were used to measure ion transport through high AR holes.

Using the geometry of a model aperture and assuming an isotropic velocity distribution at the sheath edge allowed the authors to derive an expression for the transmission factor (P) of the hole in terms of AR, v (vertical velocity) and Ti (ion temperature):

The ion velocity distribution at the exit of a feature with a given AR can be calculated by solving equation 1 for the reference IVDF measured without any capillary plate in place and inputting a value for Ti.

Figure 2. Schematic of Semion RFEA from Impedans used in this study.

To validate this model, the ion velocity distribution function (IVDF) is measured at the wafer surface in an inductively coupled plasma (ICP) reactor from Applied Materials, with a 4 grid retarding field energy analyzer (RFEA) from Impedans as shown in figure 2. A helium plasma was used, at a pressure of 10 mTorr and source power at 750 W. The RFEA has a series of 800 μm diameter apertures to sample ions from the plasma. The first grid covers the holes (internal side) and prevents the plasma from entering the analyser. The second grid repels electrons, while the third grid discriminates ions as a function of their energy. A collector electrode collects the ions for detection. The current collected versus grid 2 voltage is logged and the first derivative of the current versus voltage characteristic provides a distribution function of ion energies.

The capillary plates (from Hamamatsu) are stuck to the front of the RFEA. The plates are made of 2 cm diameter, 0.4 mm thick glass substrates, with cylindrical capillary holes and 55 % open area. The holes in the plates have diameters of 25, 50, and 100 μm. Therefore, the ARs are, respectively, 16, 8, and 4.

Figure 3 shows the IVDF measured for the various ARs at a DC self-bias voltages of 100 V. Without the capillary plates, the IVDF shows the typical saddle shape seen in low-mass-ion RF discharge. The ion transport depends significantly on the AR; ion flux drops dramatically when AR is increased. The typical saddle shape is distorted after passing through the capillary plates. As expected, the low energy ions are more affected than the higher energy ions; the ion angular distribution broadens when the ion energy is reduced. This leads to an enhanced loss of ions in high AR holes. 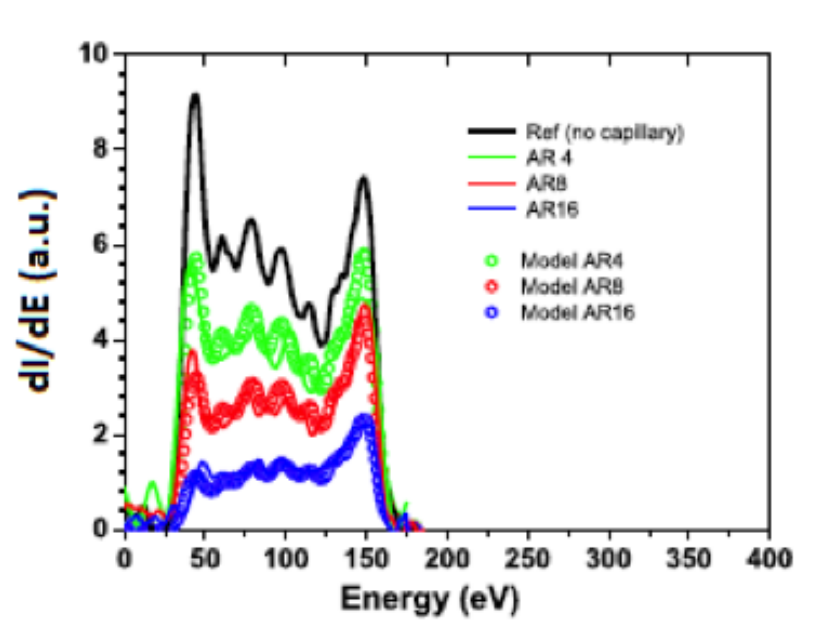 Figure 3 also shows the results of the model calculation, where equation 1 has been solved as discussed. It was found that very good agreement could be obtained when setting Ti = 0.27 eV. Similar results were obtained for different rf bias conditions.

This method enables a precise estimation of the ion temperature at the sheath edge. The measured Ti = 0.27 eV is far higher than the expected neutral temperature (< 0.07 eV near the wafer), but it is in line with ion temperatures measured in high density plasma.