The Smith chart is a straightforward method for designing matching networks to deliver maximum power from the source to the load. There are some important feature of Smith chart needed to be considered first. 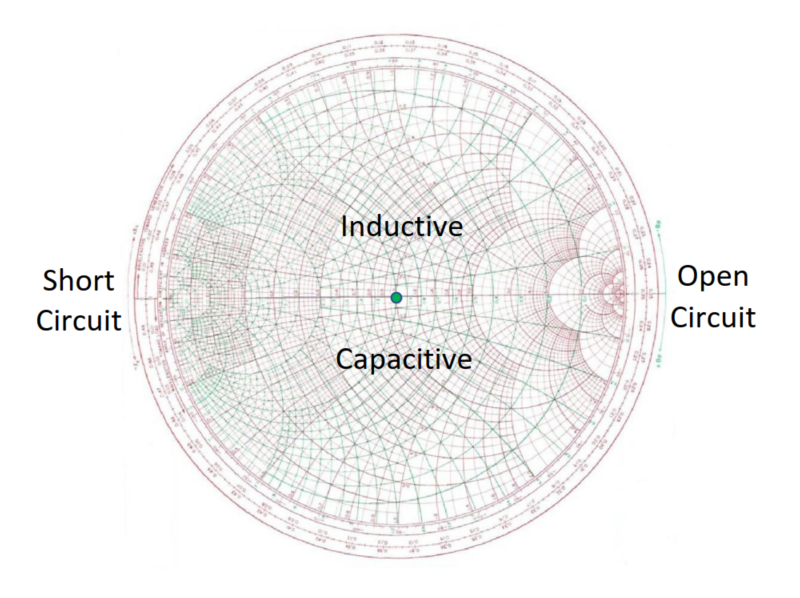 The red circles and curves illustrated below and started from right side represent impedance (𝑍 = 𝑅 + 𝑗𝜔𝐿). The circles are resistance (real part of impedance), whose values increase as they move to the left, and the curves are for imaginary part of impedance. Notably, movement on these circles/curves will add a series component to the matching network. 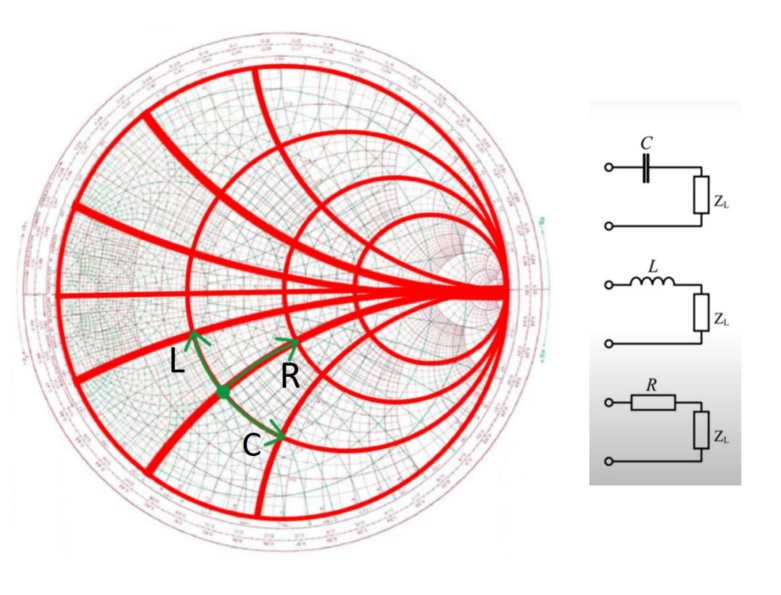 The blue circles and curves started from left side demonstrate admittance (𝑌 = 1/𝑍) and the real part of admittance (circles) getting bigger as going towards right side. The movement on these circles/curves will add a parallel component to the matching network. 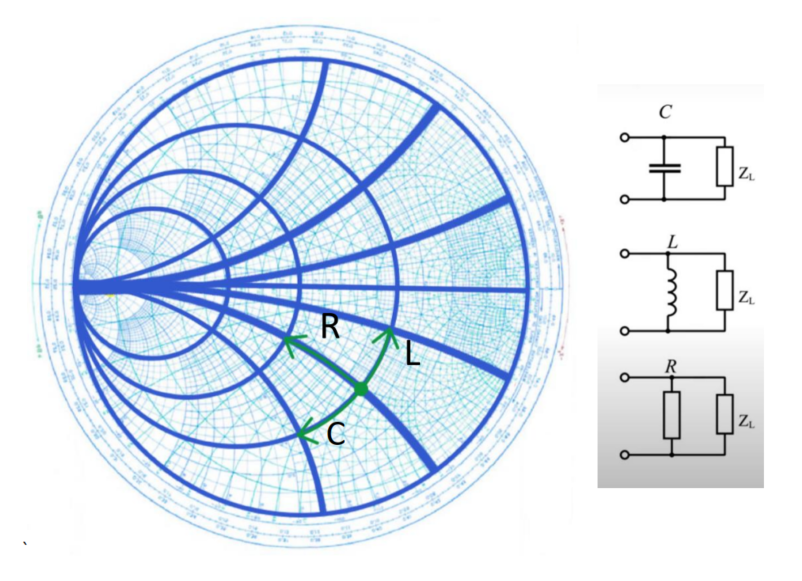 The reflection coefficient (|Г|∠∅) is defined as the ratio of the power  reflected to the power inserted. This value is 1 on the open circuit side of the Smith chart and -1 on the short circuit side. At the center, where 50 ohm impedance is available, maximum power will be delivered with minimal reflection (|Г|=0). 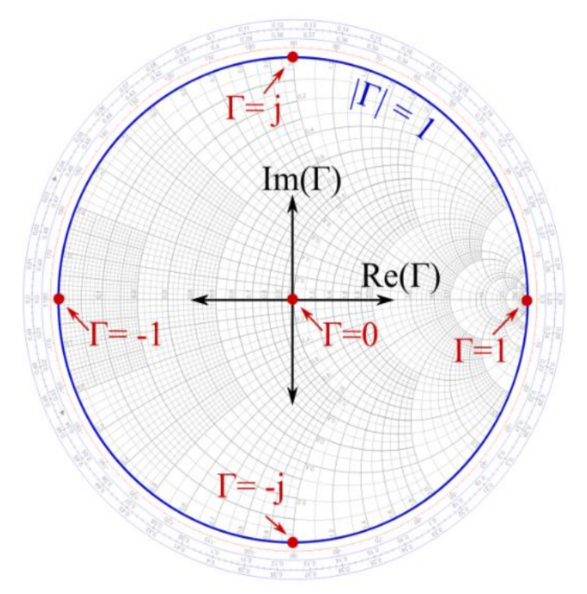 For working on the Smith chart, the following steps must be taken:

We start with the mentioned 4 steps:
1. Normalized the impedance values to 50 ohm

2. Determine the place of load and source impedance values on the Smith Chart 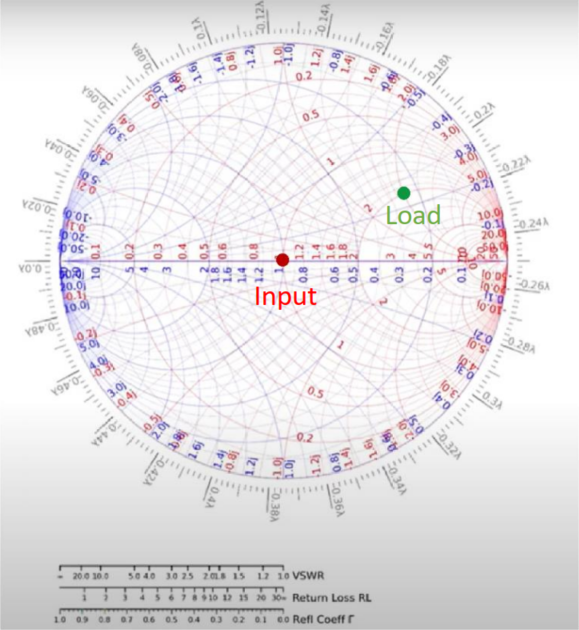 3. We have to move on the circles/curves (from load to source) 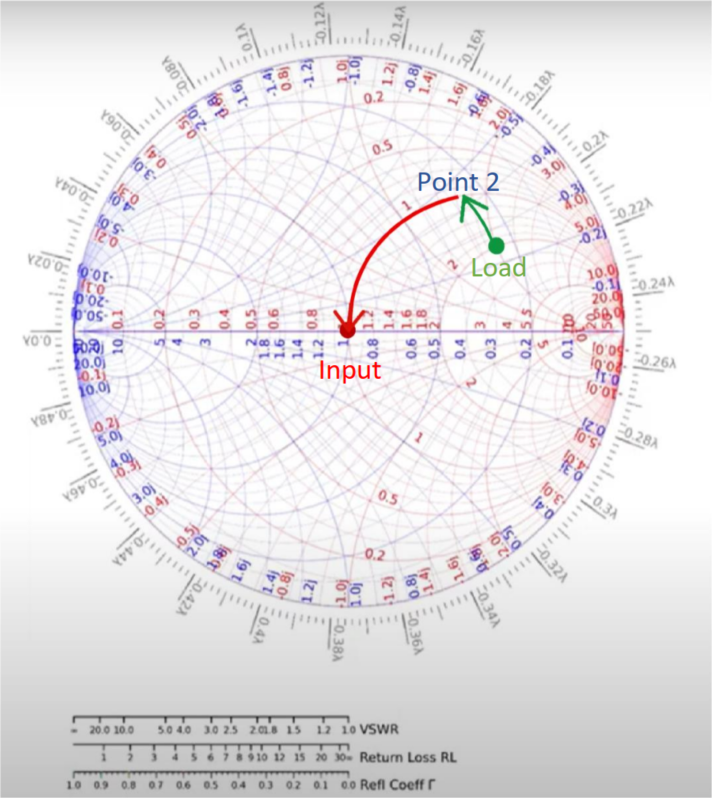 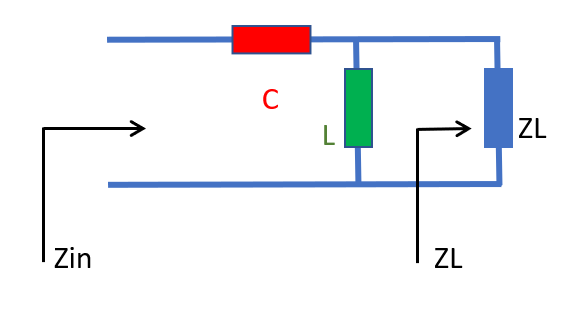 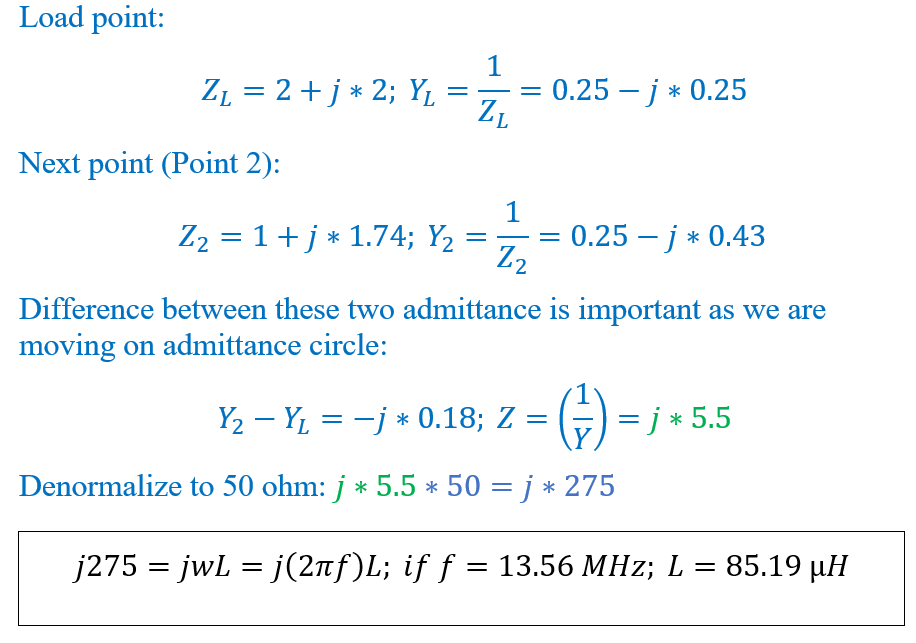