In situ spectroscopic techniques provide particularly valuable information across a range of spatial scales, such as correlated measurements of mineralogy, elemental composition, and biomarker detection, as demonstrated by the Sample Analysis at Mars (SAM) instrument onboard the Curiosity rover. However, such techniques are challenged to meet the figures of merit (e.g., accuracy, precision, and detection limits) required to provide quantitative bounds on elemental composition and/or organic inventory.

Here, the capability of microwave induced plasmas (MIP), operated at low power and pressure with helium and argon gases, to ionize refractory elements and macro-molecular organics was investigated. The fundamental parameters (ion current, electron temperature and electron density) of the plasma were measured with an Impedans Langmuir Probe System for a range of forward powers and gas flow rates.

Figure 1 shows a schematic of the vacuum chamber used to generate a low pressure, low power, plasma that can operate as an ion source for a prototype spaceflight chemical analyzer. The setup in figure 1 is coupled to a Langmuir Probe System to characterize the fundamental properties of the plasma, enabling quantitative insights into the ionization efficiencies of different analytes. A resonance cavity was used to produce a microwave plasma within a quartz tube (inner diameter 10 mm) passing through the cavity. The 2.3 – 2.45 GHz RF signal is fed into an Evanson microwave cavity through a bi-directional coupler. The power is adjusted from 5 – 23 W to maintain a stable plasma across the pressure range (1 – 10 Torr).

Figure 2 shows a compilation of the measured IV curves taken at forward powers ranging from 5 – 23 W at a constant gas flow (200 SCCM). 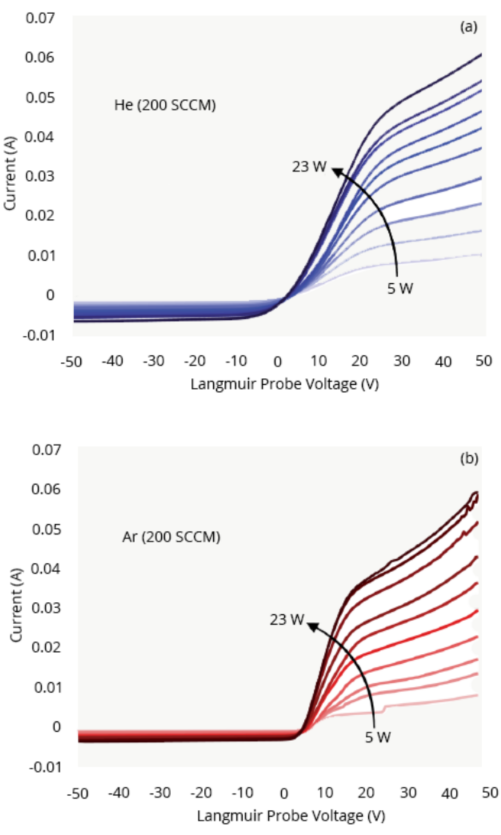 Figure 2. Composite IV curves taken over a range of plasma powers for (a) Helium and (b) Argon at a constant gas flow rate.

These curves were then analyzed, the results of which are shown in figure 3. The increase in power from 5 W to 23 W resulted in a 5 fold increase in the electron density for argon and a 3 fold increase for helium with minimal changes in the electron temperature Te (approximately 25% and 50% for Helium and Argon respectively). The weak relationship between Te and the forward power is consistent with other studies of ICP’s.

Figure 3 also show the effect of the gas flow on the plasma parameters. Both the density and electron temperature are inversely proportional to the gas flow. The electron temperature increases by a factor of approximately 40% as the flow changes from 10 to 200 SCCM and is driven by the electron collision frequency. The density changes by a factor of less than 2 over the observed gas flow range. The order of magnitude greater ionization cross section of argon leads to it having a greater electron density, Ne. However, Ne increases twice as fast over the range of observed forward power than with changes in gas flow rates, which suggests that plasma power has a stronger effect on electron density. 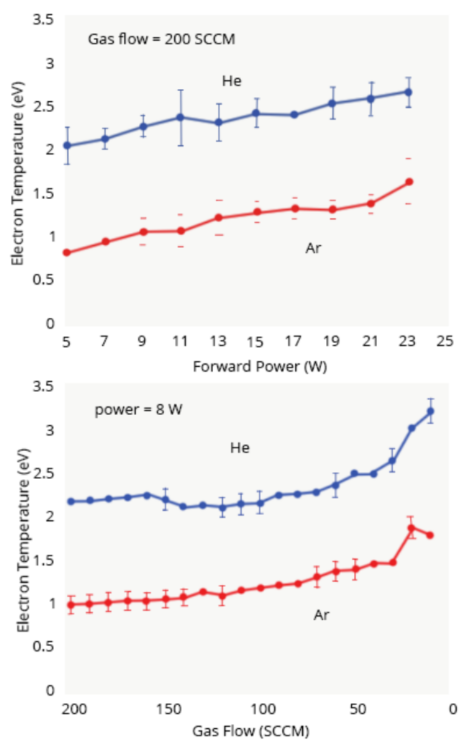 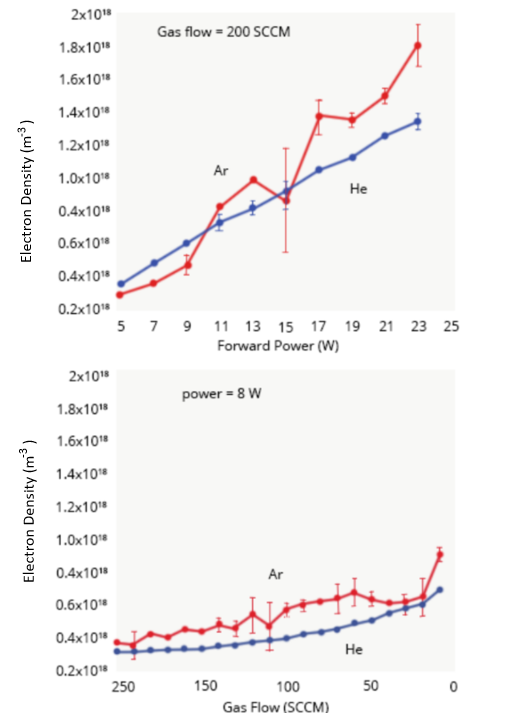 Figure 3. Electron Temperature and Electron Density as a function of the forward power and the gas flow. 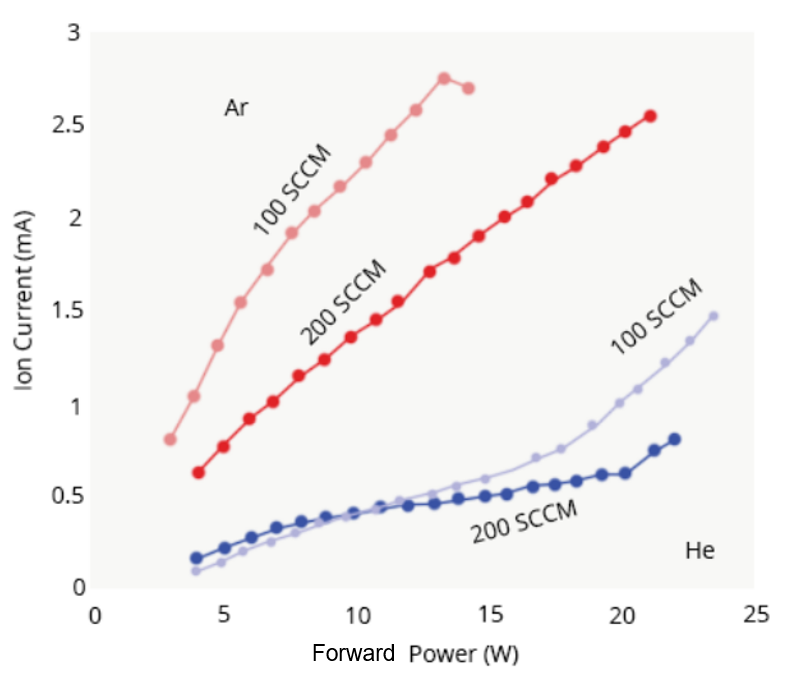 Figure 4. Ion current vs forward power taken at 100 and 200 SCCM gas flow rates for Helium and Argon with a static -20 V applied to the Langmuir Probe System.

Regardless of the specific set of conditions, the Argon plasmas have higher ion currents than Helium plasmas. This is because Argon is more easily ionized by a change in both pressure and power, which is reflective of its lower first ionization potential and greater ionization cross section relative to helium. The different curves of ion current for 200 and 100 SCCM are consistent with Ne measurements, where electron density is inversely proportional to gas flow rate.

The fundamental plasma parameters of a low power plasma were characterized in preparation for assessing its performance as an ion source for a mass spectrometer. The plasma is estimated to be an effective ionizer of organic and elemental analytes, with the reduction in both power and gas flow leading to minimal losses in ionization efficiency.