Applications of plasma technology to inhibit the impact of greenhouse gases, such as CO2, on global warming through methods such as emission reduction, capture or reutilization are the subject of ongoing research. Existing plasma technology for CO2 conversion is diverse and includes methods such as dielectric barrier discharge (DBD), microwave discharge (MW), glow discharge, radio frequency (RF) discharge and atmospheric pressure glow discharge along with other techniques not listed here.

The CO2-H2 discharge experiments were conducted in a reactor chamber with a Langmuir probe, along with other diagnostic systems (QMS & OES). The reactor illustrated in figure 1 consists of two parallel plate electrodes, 30 mm in diameter and separated by a gap of 2 mm, placed in a spherical discharge chamber. The lower electrode and the chamber were grounded.

A negative DC bias was applied to the upper electrode to generate the glow discharge. The study was performed at a pressure of 1 Torr and discharge current of 20 mA and power supply voltage of 389 V. 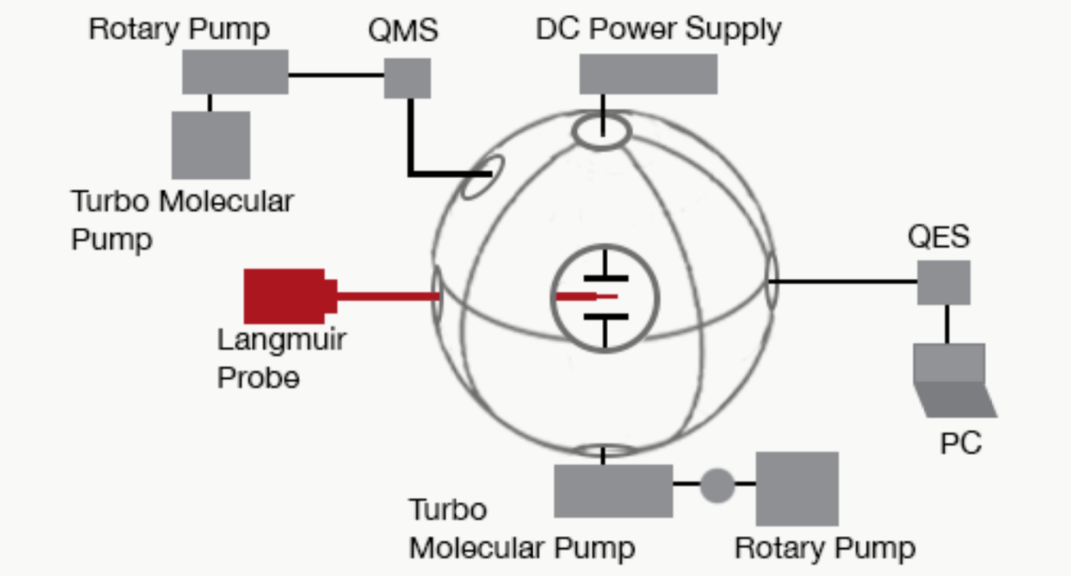 Plasma parameter measurements were performed using the commercial Langmuir Probe System from Impedans Ltd. The probe tip was made of tungsten wire with a 0.5 mm diameter and a 6 mm length placed at the center of the gap between the electrodes, perpendicular to the discharge axis. Each electron energy distribution function (EEDF) curve was recorded from five averaged scans. The standard deviation of the scans was within 20%.

The electron density and temperatures are evaluated in two regions, the colder group in the energy range 0 – 8 eV and the hotter group between 8 and 16 eV. 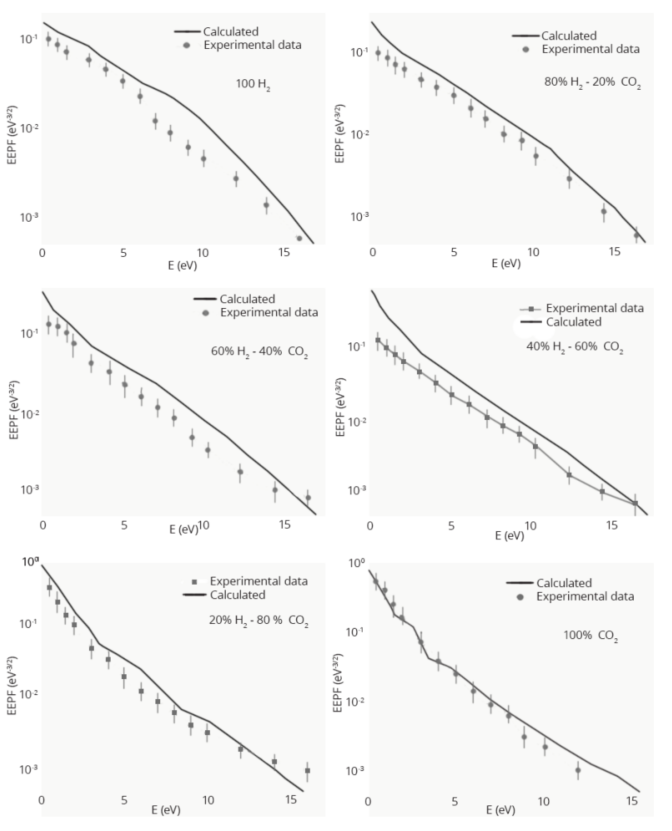 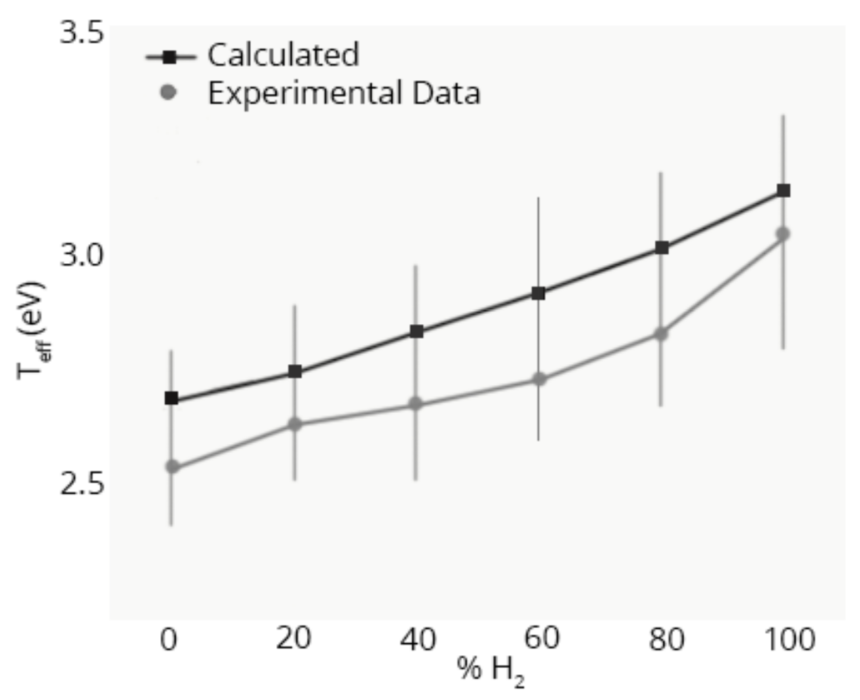 Figure 3. Effective electron temperature as a function of the H2 concentration. Included are some measurements from other papers that can be found in the literature. 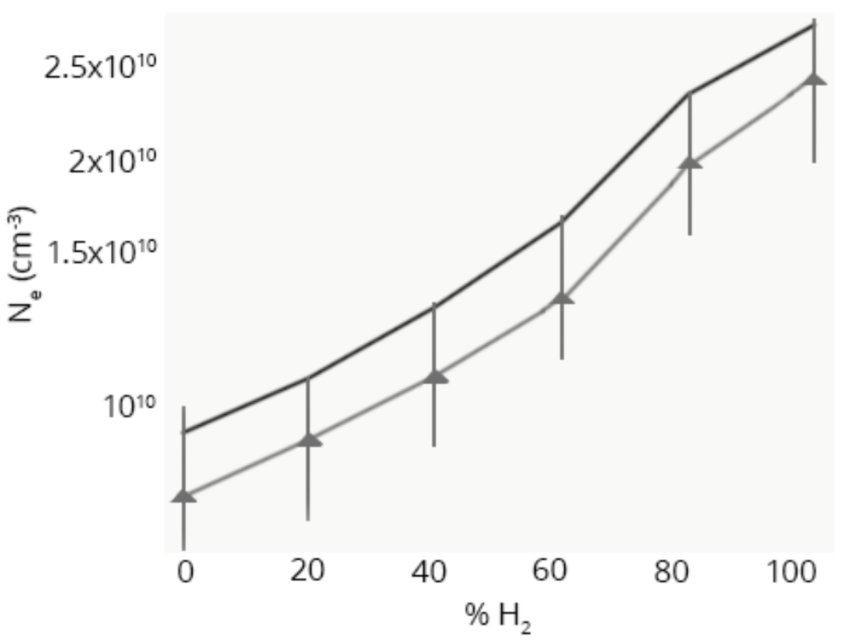 Figure 4. Effective electron temperature as a function of the H2 concentration. Included are some measurements from other papers that can be found in the literature.

Using a Langmuir Probe System from Impedans Ltd., a 1 Torr DC CO2-H2 plasma mixture was characterized. The EEDF’s were compared to calculations done using the BOLSIG+ solver, assuming a bi-Maxwellian distribution and showed a relatively good agreement ranging from a purely CO2 plasma to a purely H2 plasma. The measured electron temperature and the calculated effective electron temperature agreed at all CO2-H2 ratios within the experimental uncertainty. Both the measured and calculated electron density show the trend as a function of H2 concentration.