High power impulse magnetron sputtering (HiPIMS) has gained significant interest in recent years as an effective physical vapor deposition technology. But in reactive HiPIMS of a metallic target in the presence of electronegative gases, significant amounts of negative ions are created, which can have detrimental effects on the structure, crystallinity and electrical properties of the thin film. These negative ions can also significantly influence the positive ion flux impinging upon plasma-facing surfaces.

This study used a Langmuir Single Probe to determine the temporal evolution of the oxygen negative ion, n_ and electron, ne densities during the off-time of a reactive HiPIMS discharge operating in argon–oxygen gas mixtures. The aim of the study was to add to the knowledge base information about oxygen negative ion dynamics that will help many plasma processing methods.

The experiment was set up according to the diagram below. The Langmuir probe was put on the discharge axis at an axial distance of 100 mm from the target, in a place of low magnetic flux density, and controlled by the Impedans Langmuir Probe acquisition system.

The study estimated average oxygen negative ion densities to be about 1016 m−3, with values slightly higher for when oxygen is increased. But for all oxygen partial pressures, n_ decreased in the afterglow with long decay times. The temporal evolution of the electron-to-ion saturation current ratio normalized to an electropositive (argon only) discharge is illustrated below: 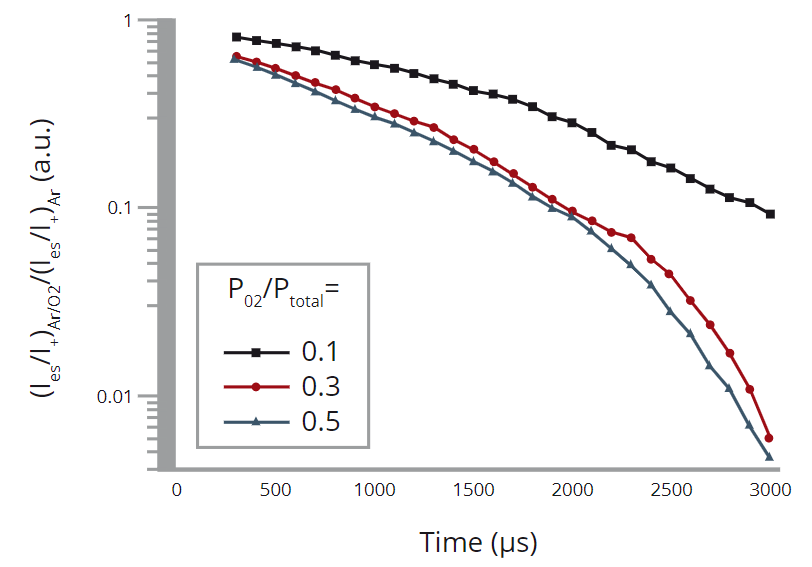 Figure 2: A semi-log plot of the temporal evolution of the electron-to-ion saturation current ratio normalized to a nominally identical, electropositive (argon only) discharge.

Electronegativity was also observed to increase monotonically in the afterglow, as illustrated below 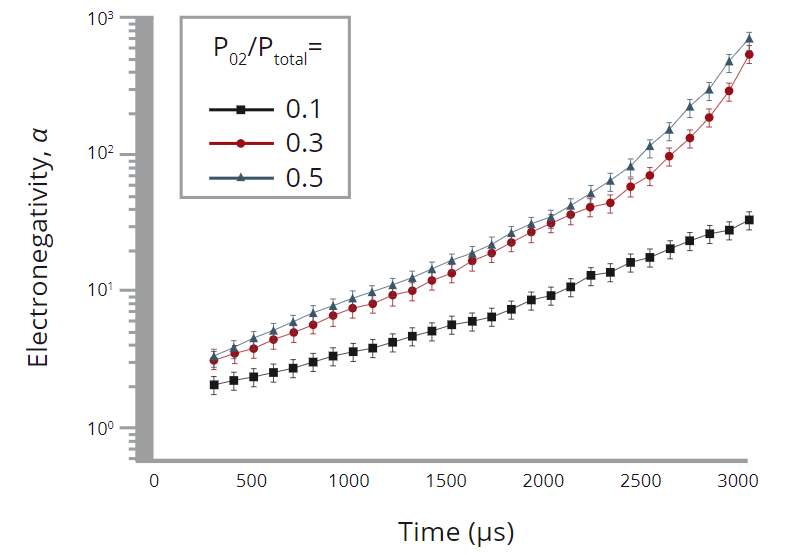 Figure 3: The temporal evolution of the electronegativity, α = n_/ne as measured for the three different oxygen partial pressures. Error bars represent an uncertainty of approximately ±15%.

Negative ion fluxes of the order of 1018 m−2 s−1 could also occur at the chamber walls and substrate surface as the plasma evolves into an ion–ion state. This particular finding is especially important for many plasma processing methods.

Uses of the Study: