Radio frequency capacitively coupled plasma (CCP) discharges have many applications in the semiconductor industry, including
surface treatment, film deposition and etching. High plasma density and high spatial uniformity have a significant influence on plasma processing, and are therefore two critical issues that invite many studies. There have been many methods proposed to improve plasma uniformity in a high frequency CCP discharge, such as special-shaped electrodes, but when these are used, a better
plasma uniformity can only be obtained under a specific discharge frequency. Most recently, phase-shift control in very high frequency CCPs has been seen to achieve good plasma uniformity.

The experiment was set up as follows: 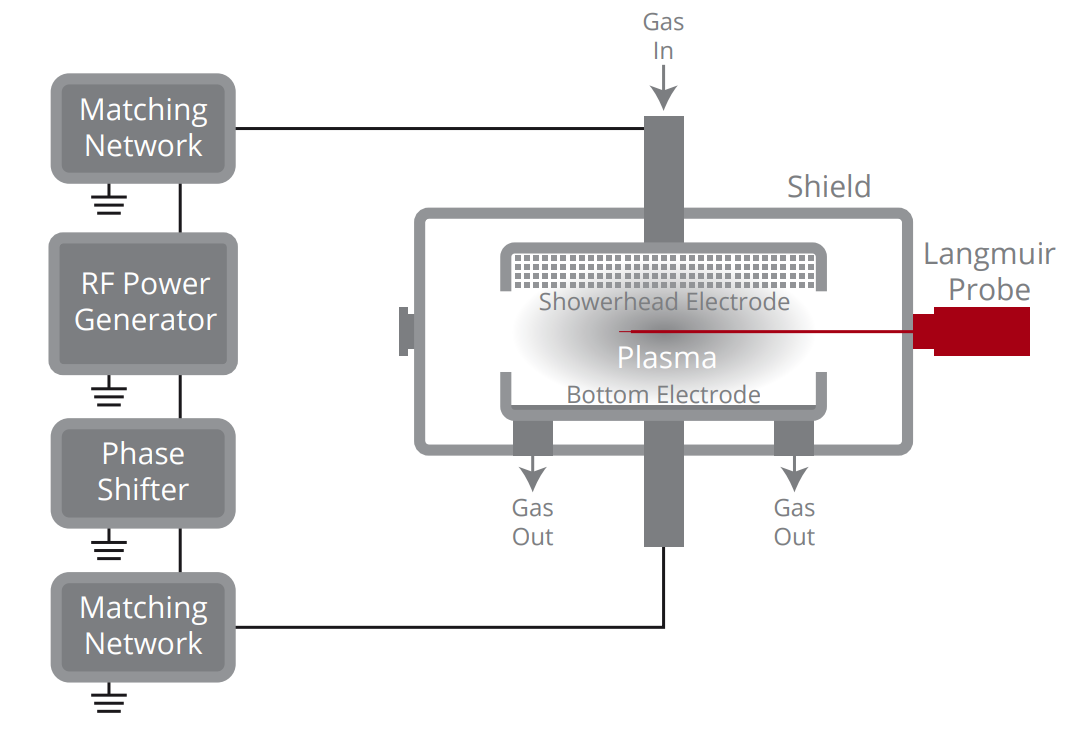 Two sources with the same frequency were then applied on the top and bottom electrodes at the same time, and the phase shift between them varied from 0 to π.

The following graph illustrates the radial distributions of the electron density measured at different voltages at a phase difference equal to 0: 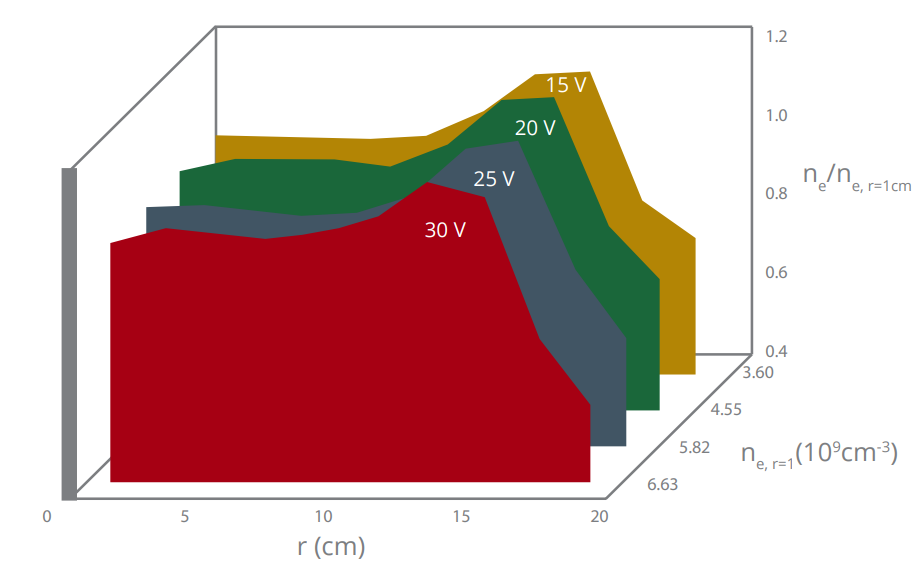 The next graph illustrates the radial distributions of the electron density measured at different voltages at a phase difference equal to π: 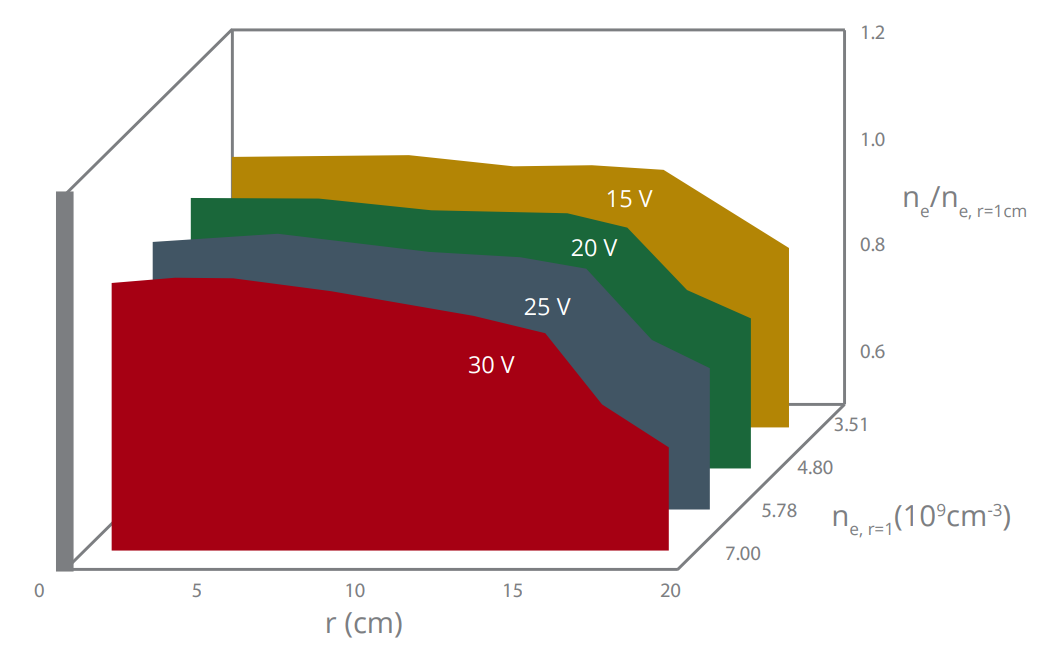 The authors conclude by suggesting that this method can be used to generate large-area uniform plasmas in high frequency CCP discharges.