Observation of two-temperature electrons in a sputtering magnetron plasma

Understanding electron transport in sputtering magnetrons is essential for the understanding of the operation of these devices, which are used for sputter etching and thin-film deposition.

The authors operated an 11 Pa He discharge with a copper cathode at a discharge voltage of – 300 Vdc. The discharge current in these conditions was found to be 0.32 A, which is a current density at the cathode of 290A/m2 averaged over a collection area of 11cm2.

A cylindrical Langmuir probe placed parallel to the cathode was used to diagnose the discharge. The tungsten probe tip features a diameter of 0.25 mm and a length of 3.5 mm. The probe bias Vprobe was given by a programmable bipolar power supply, and the electron current to the probe ie-probe was measured with a resolution of 1 μA.

Outside the magnetic trap, probe characteristics with the signature of two electron temperatures were observed, as plotted below: 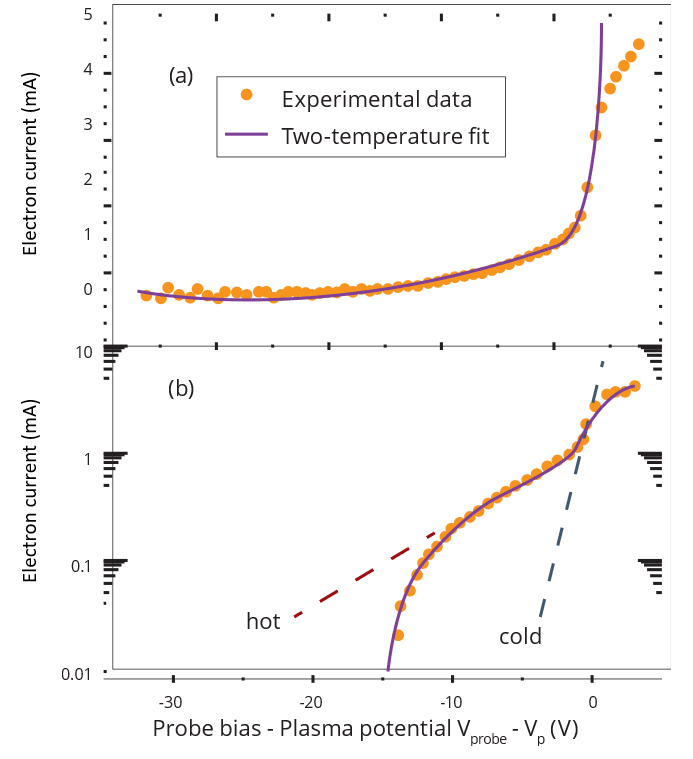 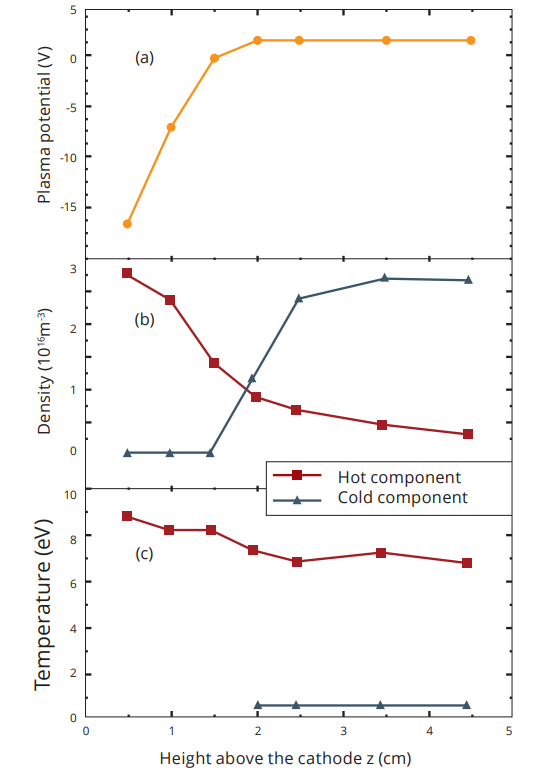 Using Langmuir probes in a – 300V dc, 0.32-A, 11-Pa He discharge, the authors of this study observed a hot electron component (Tehot ≈ 7.6 eV) in a sputtering magnetron’s magnetic trap next to the cathode, which leaks out of this trap to the anode. The least energetic electrons in this component are reflected by the anode sheath and become trapped in the plasma, forming a cold electron component (Tecold ≈ 0.50 eV). The authors also found that the density of the cold electrons outside the trap was nearly as large as the total density in the trap.