Magnetron sputtering is an important technology for deposition of films. The growth and structure of Ag films depends on the energy and flux of the ions impacting the substrate. Recent investigations of the plasma properties of RF and very-high-frequency (VHF) magnetron sputtering have shown that the energy and flux of ions impacting the substrate could be adjusted by changing the driving frequency of the sputtering. Thus, the growth and structural properties of films could, potentially, be controlled.

In the experiment, unbalanced magnetron sputtering devices driven by RF (2, 13.56 and 27.12 MHz) and VHF (40.68 and 60 MHz) sources. RF or VHF power of 250 W was applied to the sputtering target at the top of the vacuum chamber through a corresponding match box. The water-cooled substrate holder (100 mm in diameter) was set at the bottom of the chamber, approximately 70 mm away from the center of the target surface. The ion velocity distribution function and the ion flux density onto the substrate were measured using the Impedans Semion HV-2500 retarding field energy analyzer (RFEA) system. 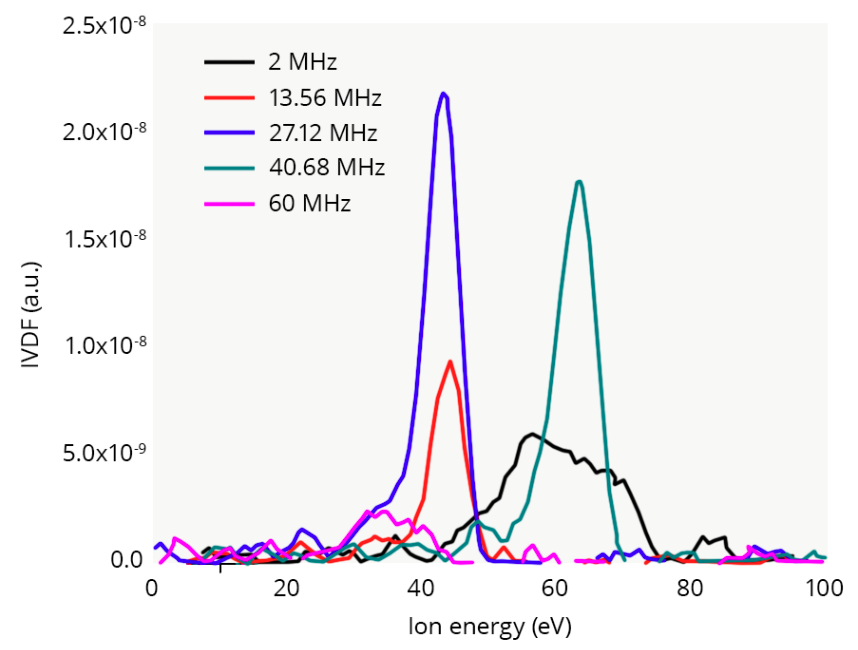 Figure 1. IVDF for driving frequencies ranging from 2 MHz to 60 MHz.

In order to investigate possible reasons why driving frequency affects growth of Ag films, the ion velocity distribution and ion flux density onto the surface of the substrate were measured. Figure 1 shows the ion velocity distribution function (IVDF) measured using the RFEA. It can be seen that the IVDFs are different for the RF and VHF sputtering. There is a wide uni modal shape for the 2 MHz sputtering stretching from approximately 40 eV to approximately 75 eV. Narrow unimodal shapes are characteristic of the 13.56 MHz (35-50 eV), 27.12 MHz (30-50 eV) and 40.68 MHz (55-70 eV) sputtering. Finally, a multimodal shape (25-45 eV) is evident for the 60 MHz sputtering.

As the IVDF measured at the substrate level depends on the ratio of the ion transit time across the sheath between the substrate and the bulk plasma to the period of the radio frequency, the change in driving frequency leads to a difference in the energy and flux density of ions onto the substrate surface.

Figure 2. Effect of the driving frequency on the maximum ion energy and the ion flux density.

For the plasma-exposed surfaces, the higher ion energy can enhance the surface diffusion of adatoms, allowing an adatom to reach the position with the lowest surface energy. However, the high energy ions impacting the substrate can also cause the desorption of radicals from the substrate, which in turn influences the deposition rate.

This work investigated the effect of the driving frequency (2, 13.56, 27.12, 40.68 and 60 MHz) on the IVDF in a magnetron sputtering system. The Ion energy and ion flux density at 2 and 40.68 MHz are higher than at the other frequencies. This gives the ability to help control the properties such as the deposition rate, fcc structure, surface uniformity and the surface roughness depending on the frequency chosen.