A key procedure for many applications in modern industry is the deposition of thin films. A wide range of different fields rely on it such as optical components, microelectronics and medical applications.

To facilitate the control of capacitively coupled RF (CCRF) plasmas a detailed understanding of the electron power absorption dynamics in magnetized discharges is needed, since it strongly affects process relevant parameters such as the different species densities, fluxes, and energy distribution functions. The magnetic asymmetry effect (MAE) provides the opportunity to control process relevant plasma parameters such as the DC self-bias voltage by adjusting the magnetic field at the target.

The experimental setup, shown in figure 1, consists of a cylindrical vacuum chamber, height 400 mm and diameter 318 mm, with the walls grounded. The upper electrode is powered and surrounded by a grounded shields and mesh to prevent parasitic coupling of the RF to the reactor walls. The powered electrode is 100 mm in diameter and includes NdFeB permanent magnets behind the electrode, arranged in two concentric rings to create an azimuthally symmetrically balanced magnetron-like magnetic field configuration. The gap between the powered electrode and the grounded electrode is 52 mm. 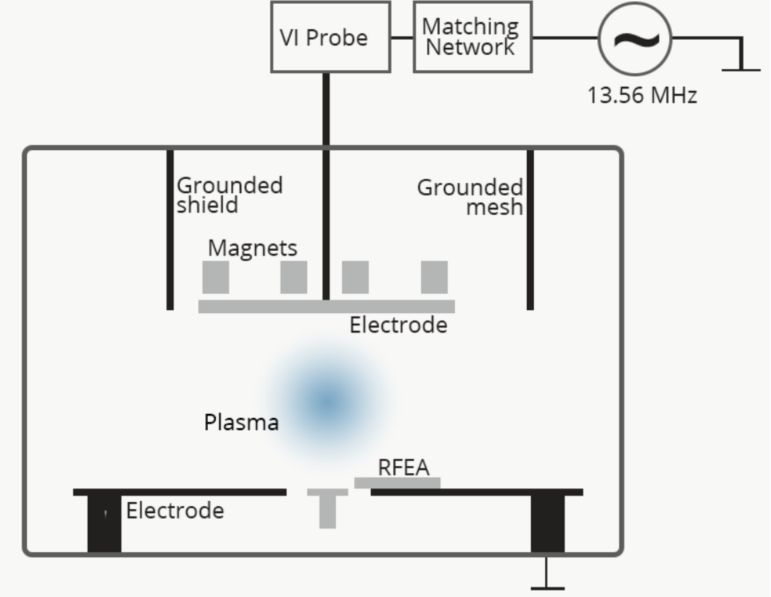 The powered electrode is driven with a 13.56 MHz voltage ranging from 150 to 400 V. An Impedans Octiv Suite VI probe is used to measure the driving voltage, the corresponding current, and the DC self-bias.

In order to measure the Ion flux and Ion energy distribution function at the substrate surface an Impedans Semion retarding field energy analyser system was mounted on the grounded electrode. All measurements were done in either a pure argon (25 sccm) plasma or an Ar/O2 mixture (25 + 3 sccm) with the magnetic field strength measured 8 mm from the powered electrode surface at a lateral position that maximises the radial component of B.

The measured DC self-bias voltage (η= –V0 ((1-ε )/(1+ε))), for the geometrically asymmetric reactor using pure argon and the symmetry parameter (ε=(Vsg/Vpg)), are shown in figures 2 as a function of the applied voltage amplitude and the magnetic flux density. 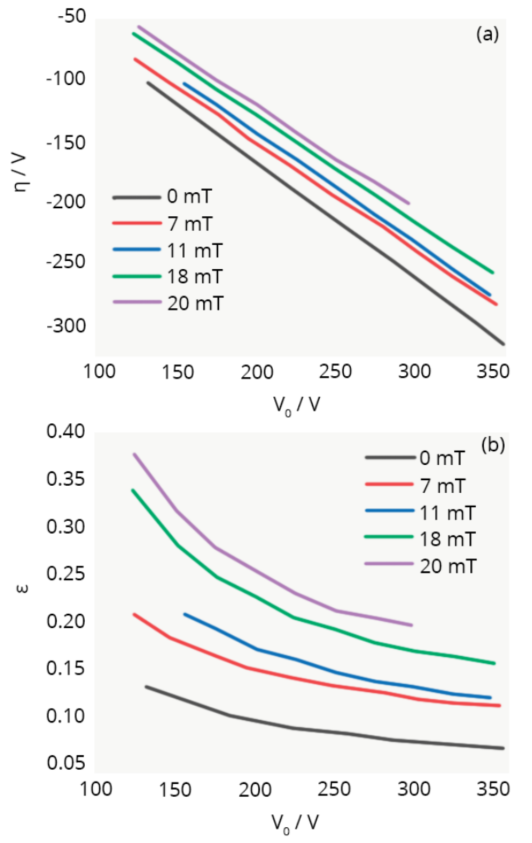 Figure 2. Shows the DC self-bias (η) voltage measured in a strongly asymmetric RF magnetron and the calculated symmetry parameter (ε) as a function of the driving voltage for magnetic field strengths ranging from 0 mT to 20 mT. 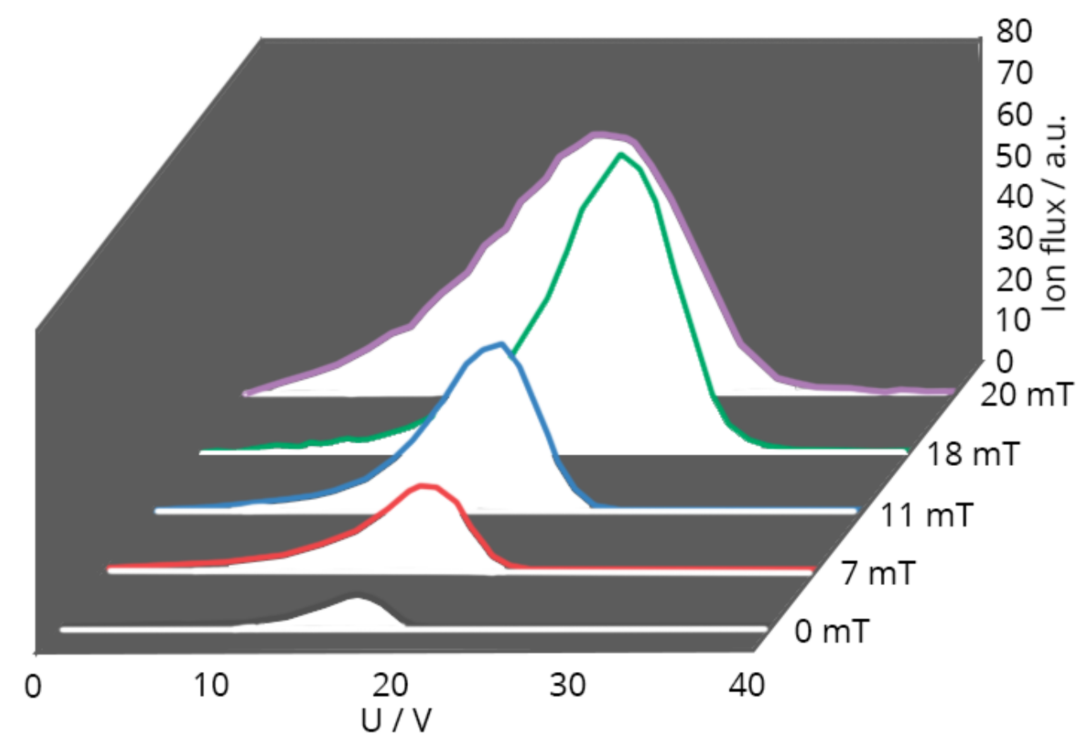 Figure 3. Ion energy distribution functions measured by the RFEA as a function of the magnetic field strength.

Vsg and Vpg are the maximum voltage drops across the sheaths on the grounded and powered electrode respectively. Due to the higher geometric asymmetry the DC self-bias voltage is negative for all magnetic fields and voltage amplitudes studied here. It decreases linearly as a function of the applied voltage amplitude. Increasing the magnetic flux density from 0 mT to 20 mT leads to a more positive DC self-bias voltage. The 50 V change seen here is small in comparison to the geometrically symmetric case, showing that the effect of the asymmetry dominates over the effect of the MAE on the DC self-bias. 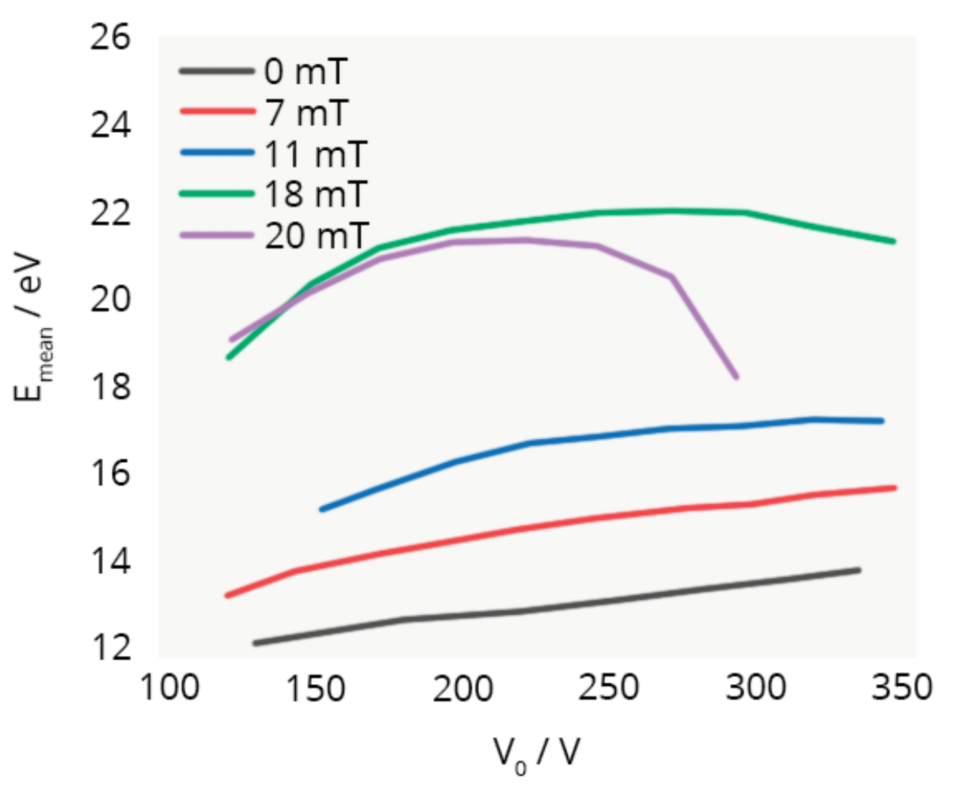 Figure 4. Mean ion energies measured at the grounded electrode of the asymmetric RF magnetron as a function of the driving voltage amplitude for different magnetic flux densities.

The symmetry parameter also shows the dominant effect of the asymmetry with the parameter staying below unity for all magnetic field strengths. Figure 3 shows ion flux-energy distribution functions measured at the grounded electrode of the geometrically asymmetric reactor by the Impedans RFEA in pure argon at 1 Pa and V0 = 300 V for different magnetic flux densities measured at the reference position. Due to the low neutral gas pressure and the small sheath width, the sheath at the grounded electrode is almost collisionless and thus, a single high energy peak is observed. In agreement with the results shown in figures 2, the shape of the distribution doesn’t change dramatically but does show an increase in the ion flux due to the enhanced magnetic confinement and ionization. 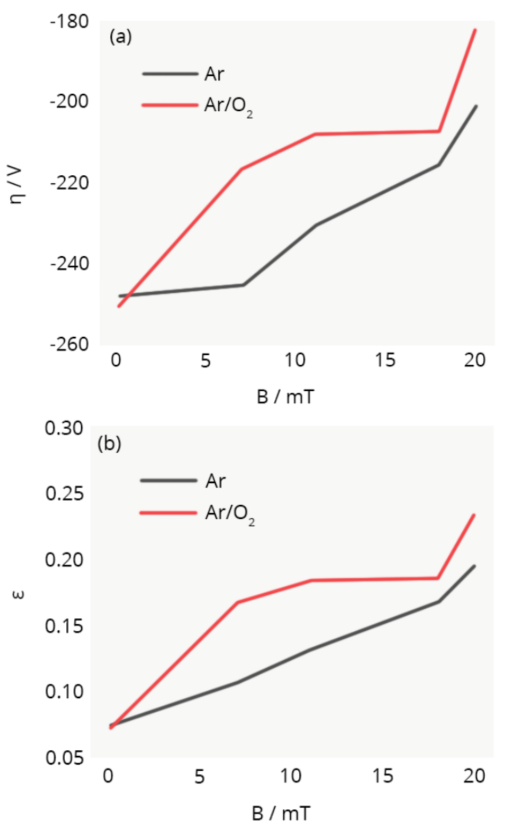 Figure 5. (a) DC Self-bias and (b) symmetry parameter as a function of magnetic field strength with a driving voltage of 300 V. 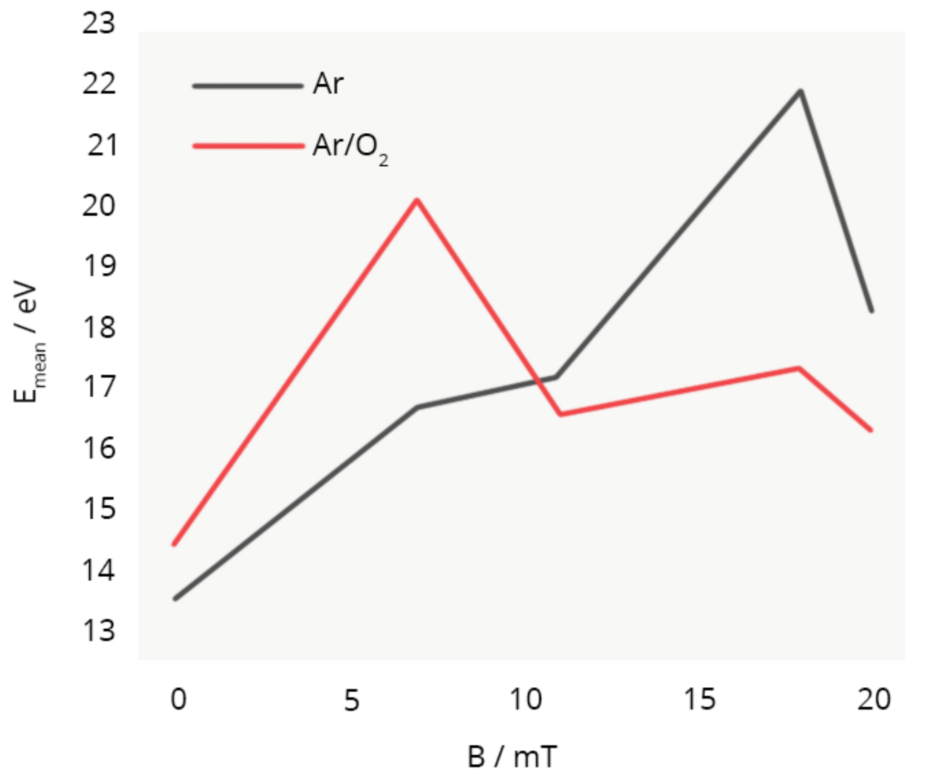 Figure 6. Mean ion energies measured in a pure Ar and an Ar/O2 mixture at the grounded electrode of the asymmetric RF magnetron as a function of the magnetic field strength.

The magnetic asymmetry effect (MAE) was investigated in a strongly geometrically asymmetric capacitively coupled RF magnetron plasma. The DC self-bias, plasma symmetry and ion energy distribution function at the grounded electrode were measured as functions of either the driving voltage and magnetic field strength in a pure Ar plasma and in an Ar/O2 plasma.