Magnetron sputtering is an important technology for deposition of thin films. The substrate bias is one of the most important methods used to control the structure and properties of the film. Through plasma surface interactions, the growth rate and properties of films can be improved. This work investigates how the biasing affects the ion properties within the plasma.

This experiment was carried out using a 2 MHz RF magnetron sputtering system that has a 13.56 MHz substrate bias. Figure 1 shows the schematic of the system. In this system, the water-cooled circular Ag target (diameter of 50 mm) was used as the discharge cathode, placed at the top of chamber. The electrically floating substrate holder (diameter of 100 mm) was installed at the bottom of chamber, 70 mm away from the center of the target.

The measurement of IVDF was carried out using an Impedans Semion retarding field energy analyzer (RFEA) system at the substrate holder while an Impedans Octiv Suite 2.0 VI probe, connected between the matching box and Ag target or between the matching box and the substrate holder, was used to measure the electrical characteristics of magnetron discharge and substrate bias discharge, including the discharge current, discharge voltage, discharge power, and impedance characteristics. 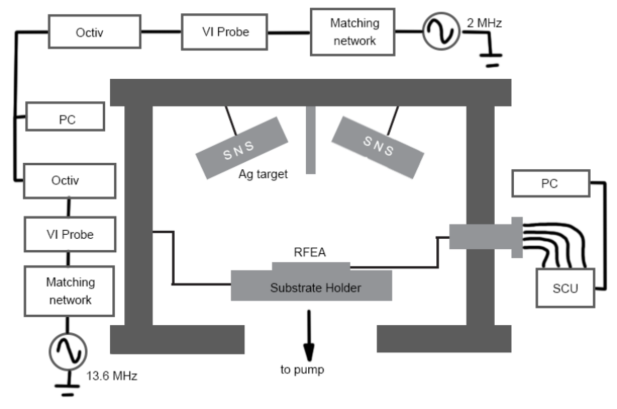 Figure 1. IVDF for driving frequencies ranging from 2 MHz to 60 MHz. 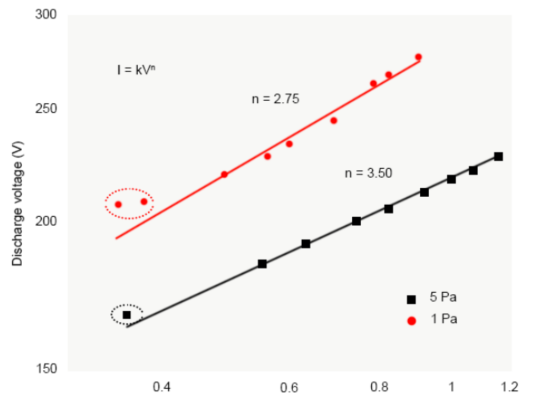 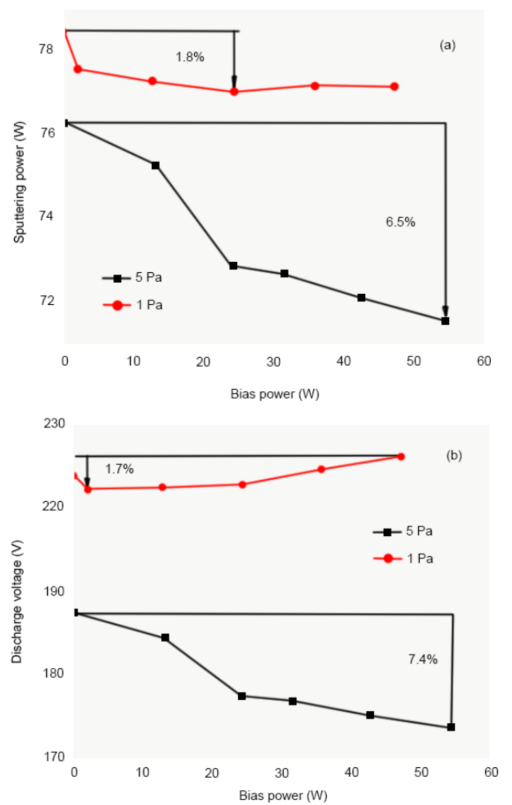 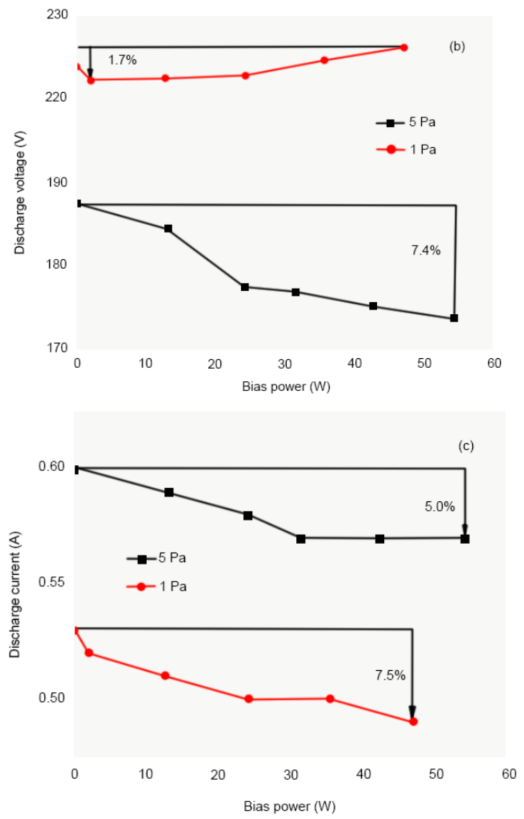 Figure 3. Effect of the bias power on the (a) sputtering power, (b) discharge power and (c) discharge current at 5 Pa and 1Pa. 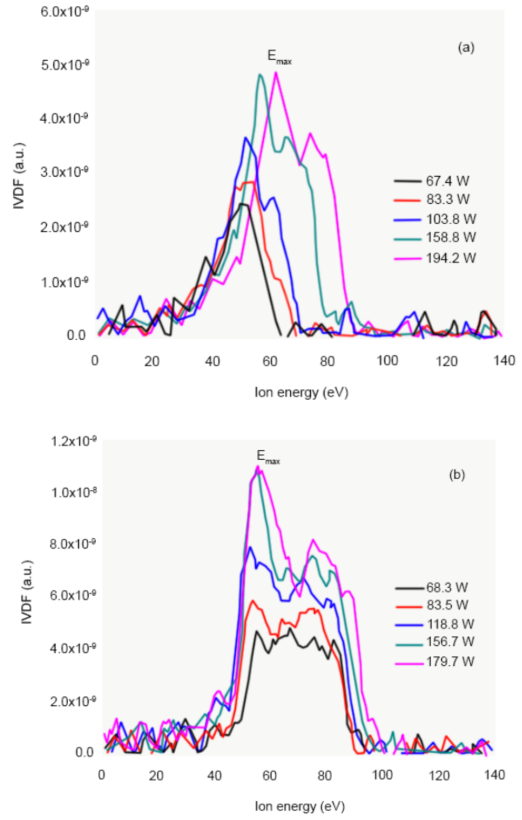 Figure 3 shows the effect of the 13.56 MHz bias power on the electrical characteristics of the Ag target. At 5 Pa the power and voltage decrease rapidly in the bias power range of 0 to 24.2 W, then decrease slowly while the current decreases rapidly over the larger range 0 to 31.5 W. At 1Pa the trend is different with only a slight decrease in power, a slight increase in the voltage and a large decrease in the current. 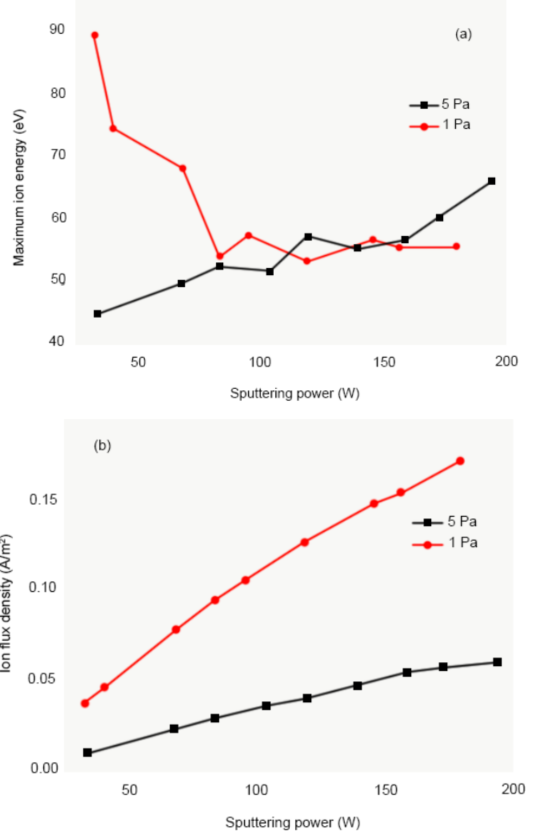 Figure 5. Variation of (a) Max Ion energy and (b) Ion Flux with sputtering power (with bias) at 5 Pa and 1 Pa.

With the sputtering power increase, the IVDFs evolve into a bi-modal structure, the peak widths increase slightly in the low-energy and high-energy regions, but with less shift of the main peak energy. Therefore, the increase of sputtering power led to a bi-modal structure of the IVDF, while the reduction of pressure led to a broadening of the IVDF. 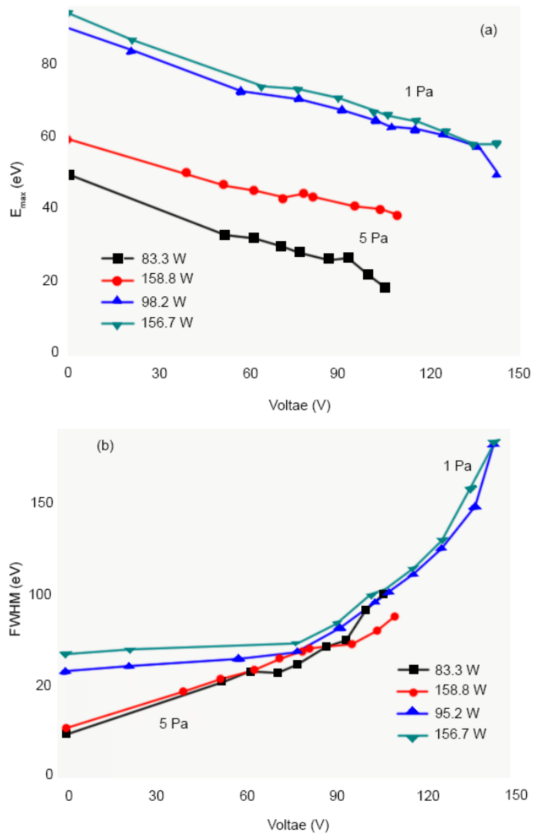 Figure 6. Variation of Emax and (b) FWHM with bias voltage. 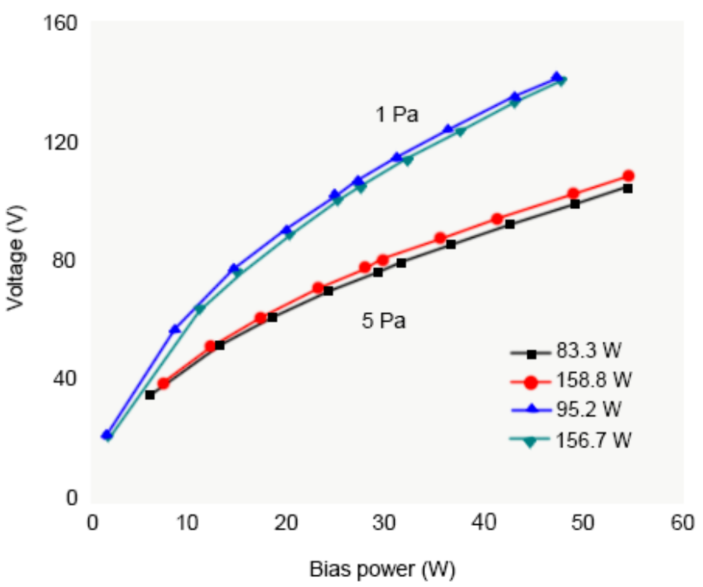 Figure 7. Discharge voltage on the substrate versus bias power for different sputtering power at 5 Pa and 1 Pa.