Endpoint detection is primarily performed to indicate the completion of a chamber cleaning process or to indicate when a wafer layer is etched through. Deposition chambers usually go through a cycle of chamber wall seasoning, wafer processing and chamber cleaning. Incomplete cleaning can cause cross contamination between different plasma recipes, and it can interfere with the seasoning, a major cause of chamber arcs and particle creation. In some cases, the material being deposited coats over the windows, so OES cannot be used. However, provided the material is non-conducting, RF transmission through the window will be relatively unaffected. 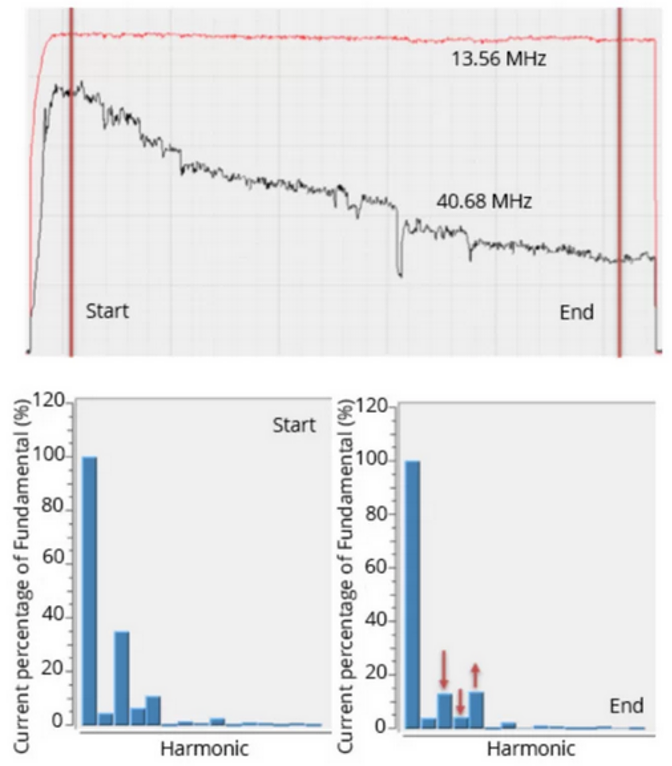 Figure 1 Cleaning endpoint detection example. Top: A plot of the fundamental frequency (red) and harmonic 3rd (black) during the clean. Bottom: A snapshot of the harmonic spectrum at the Start (left) and End (right), corresponding to the Start and End markers on in the top image. Harmonic changes are indicated by the red arrows. (Figure taken from Moduli RF Spectrometer Application note MI01)

See figure 1 for an example of endpoint detection on a PECVD plasma chamber with completely coated optical windows. The RF Spectrometer antenna was mounted where the OES optical fiber would normally reside. In this cleaning process the power was constant, and the tuning positions in the match box did not change. The signal level from the fundamental frequency (13.56 MHz) did not change from start to end. However, several of the harmonics showed a steady change during the process, until they started to saturate, indicating that the cleaning was complete. 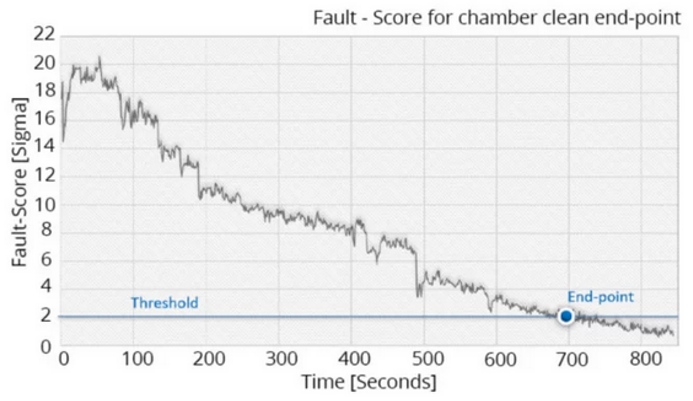 Figure 2 A statistical model for endpoint detection. When the full RF harmonic spectrum is within 2 Sigma of the baseline, the chamber is considered clean. This was made using all 60 data channels from the experiment in Figure 2 above. (Figure taken from Moduli RF Spectrometer Application note MI01)

In figure 2, a baseline for the plasma cleaning recipe which was collected by running the clean process when the chamber was already clean is shown. By doing a statistical comparison between the live data and the baseline data, a clear endpoint signal can be defined. In this case, a 2 Sigma difference from an ideally clean chamber is considered sufficient to stop the process. The advantage of the statistical method is that the same setpoint can be applied for every recipe on every chamber, without needing to set upper and lower windows on individual harmonic channels.